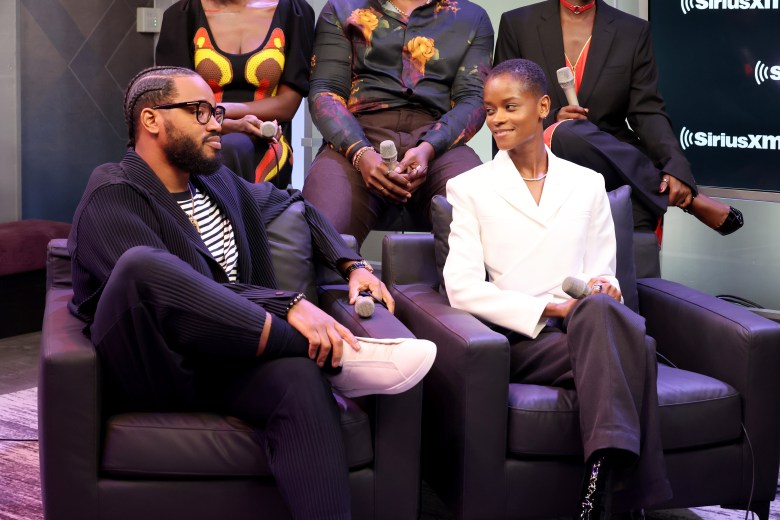 Letitia Wright’s Shuri was always meant to play a larger role in the “Black Panther” sequel, even before the untimely death of star Chadwick Boseman. “You just don’t get enough sibling dynamics in movies in general. As a person with two little brothers, it was one of the relationships that really popped in ‘Black Panther,’ and also on set Chadwick and Letitia had a great chemistry,” writer-director Ryan Coogler explained to IndieWire. Through “Avengers: Infinity War” and “Avengers: Endgame,” Wright said, “I was already getting the opportunity to expand with Shuri, to see her go on the battlefield with her brother, and [that] he trusts that she can hold her own.”

As part of IndieWire’s Awards Spotlight series, the pair talked about Wright taking the lead in “Black Panther: Wakanda Forever,” in wake of the tragic loss of Boseman in 2020, and the group effort that transformed the highly-anticipated follow-up to the 2018 global phenomenon produced by Marvel Studios into a resonant story about mourning.

The decision to not only address the loss of Boseman’s T’Challa in the very beginning of the film, but have Queen Ramonda (Angela Bassett) sacrifice her life to save Riri Williams (Dominique Thorne) in the climax of “Black Panther: Wakanda Forever” was a turning point in Coogler and Joe Robert Cole’s screenwriting process. “People forget that part of the fabric of these movies is you lose people, and our film deals with grief. But all superhero films tend to deal with grief. It’s in the DNA of the mythology,” said the director. “What makes our film unique is that our film specifically deals with mourning, and the process of that, and what that means. When Joe and I unlocked that, it really did something for us.”

Wright admitted that when she caught wind of Queen Ramonda’s death, “I literally think I cried. I was like, ‘Bro, what’s going on?’ Because for me, I felt that loss for Shuri. She basically lost every family member, and that was really hard, but I understood the dynamics of what it means to create a story that has stakes, and what is going to drive this young girl from something that she never thought she would be to something that she becomes, and playing with vengeance in a way that we’ve never seen for Shuri to even process,” said the actress. “We’re so used to seeing Shuri bubbly, light, fun, innovative, and then we see this turn of these emotions and what’s driving it.”

Coogler went back to a line from the first film, one he considers to be a father-son movie, where King T’Chaka told his son T’Challa, “A father who has failed to prepare their children for his own death has failed as a father.” In “Black Panther: Wakanda Forever,” Queen Ramonda is imparting the same wisdom to her daughter Shuri. “This is a mother-daughter movie. And Queen Ramonda never says that line, but she’s showing her, hopefully, if a parent’s dream is realized, that the child outlives them. She’s trying to give Shuri some tools that are going to help her with this emotion that is inescapable should she have a long life. She’s going to have to grieve things, she’s gonna lose things, and she can’t allow that to change her, she can’t allow that to shut her down,” said Coogler. “For us, the film was a test of did Shuri learn the lessons that her parents were trying to teach her? And how do you know if she learned the lessons?”

Watch the full video conversation between Coogler and Wright from IndieWire’s Awards Season Spotlight series above.