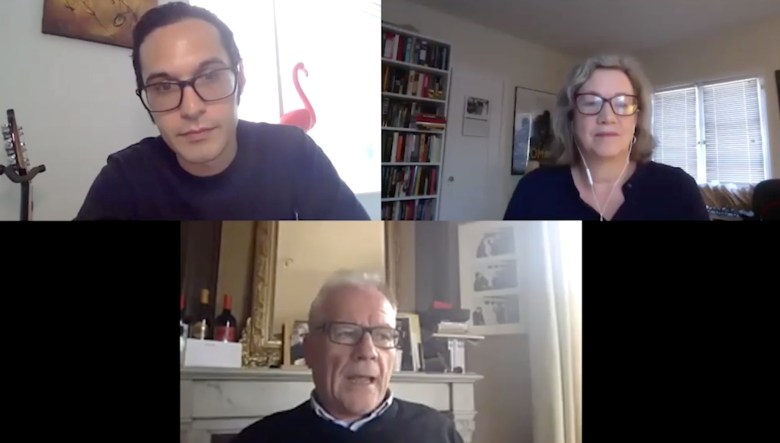 This year has been a challenge for every level of the entertainment industry, with countless film festivals scrambling to figure out a way forward, and the most prominent one on the planet coming up with an unusual solution. Earlier this month, Cannes director Thierry Fremaux revealed the “Cannes 2020” selection, 56 films expected to come out between now and next May that the programming team has endorsed with its revered laurels, despite its inability to hold a physical event this year. But what value is there in a festival selection without a film festival? And what sort of programming challenges does it entail?

This week, Fremaux joined Screen Talk hosts Eric Kohn and Anne Thompson on Zoom from Lyon, France, where he runs the Lumiere Institute, to address some of the biggest issues surrounding this year’s selection. He also touched on aspects of the festival that were in the works but couldn’t come together, including the triumphant return of Netflix to the Official Selection. Fremaux explained how he met with Netflix’s Ted Sarandos and Scott Stuber about the plan to premiere Spike Lee’s “Da 5 Bloods” in an Out of Competition slot while Lee served on the jury, which may end up happening next year instead. Meanwhile, several films that would have made their splashy Cannes premieres this year, such as Paul Verhoeven’s “Benedetta” and Leos Carax’s “Anette,” are waiting for future opportunities, as Fremaux explained.

On the programming front, Fremaux addressed some of the most pressing questions facing the festival circuit, including the ongoing ambiguity surrounding whether Cannes films will have a presence at Venice this year, and whether the “Cannes 2020” logo should impact a film’s premiere status. Towards the end of the episode, he address the festival’s ongoing efforts to program more films from women directors and why the selection fell short of gender parity this year, then closed out by taking questions from the virtual audience.