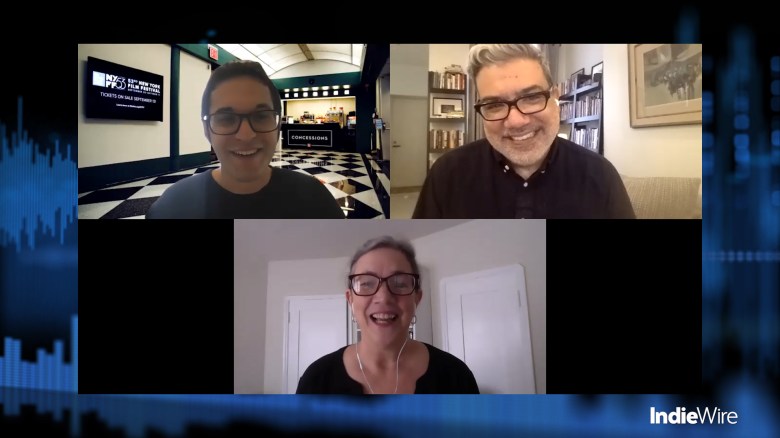 Of all the times to take over a film festival, 2020 provided a unique set of challenges. When Film at Lincoln Center deputy executive director and IndieWire co-founder Eugene Hernandez was promoted to director of New York Film Festival at the start of the year, he could not have foreseen that a pandemic would force events around the world to cancel, postpone, or go virtual. In March, the organization was forced to lay off half its full-time staff and furlough all of its part-timers; its theaters remain closed. Yet NYFF launched its 58th edition this week with the usual blend of anticipated fall titles and cinephile treats. The big difference: All of the screenings are taking place at drive-ins, while the entire lineup is available virtually over the next several weeks.

Hernandez became the latest prominent festival leader to join Eric Kohn and Anne Thompson for a live taping of IndieWire’s Screen Talk this week, talking to his former colleagues a few hours before the 2020 festival opened with Steve McQueen’s “Lovers Rock.” During the interview, Hernandez explained how the festival determined it could move forward and shared some of the highlights from this year’s lineup, from “Nomadland” to “Gunda.” He also addressed Netflix’s decision to sit out this year’s edition, the open question of when theaters might reopen in New York, and that wild John Waters poster. For more information on how to watch this year’s films at home or at the drive-in, go here.

Listen to the full episode above or listen to it below.