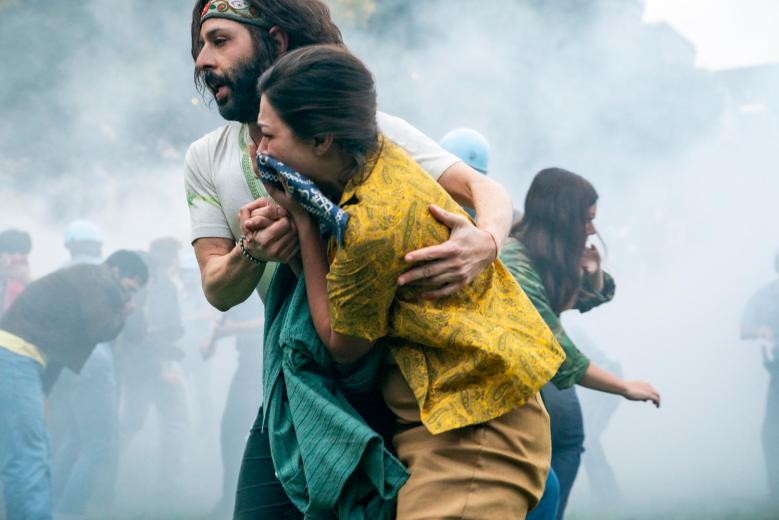 It was only a matter of time before a serious Oscar season contender turned up the dial on awards season buzz. This week, journalists and critics got a first crack at “The Trial of Chicago 7,” Aaron Sorkin’s big, starry ensemble drama about the 1968 showdown between anti-war activists and the Justice Department. The writer-director is getting strong marks for his typically robust screenplay, while the cast is loaded with actors at their peak. In particular, Sacha Baron Cohen is receiving strong marks for his turn as Yippie co-founder Abbie Hoffman. Needless to say, just a few days after “Nomadland” won the TIFF People’s Choice Award at TIFF, it has some serious competition.

However, this awards season continues to be a difficult one to assess. With the eligibility window extended into next year, it remains unclear when — or if — several studio-produced awards season hopefuls will qualify. With “West Side Story” delayed for another year (and “The French Dispatch” possibly waiting for Cannes 2021), the field may be slimmer than usual. What could this mean for the months ahead?

In this week’s Screen Talk, Eric Kohn and Anne Thompson address that question while sharing perspectives on “Chicago 7.” They also discuss recent NYFF opener “Lovers Rock,” a feature-length experience looped into Steve McQueen’s “Small Axe” anthology that seems poised for an Emmys campaign down the line. But in this strange year, could the movie also find its way to an Oscar campaign?

Listen to the full episode below or watch it above.

This Article is related to: Film and tagged Direct, Podcast, Screen Talk, Video