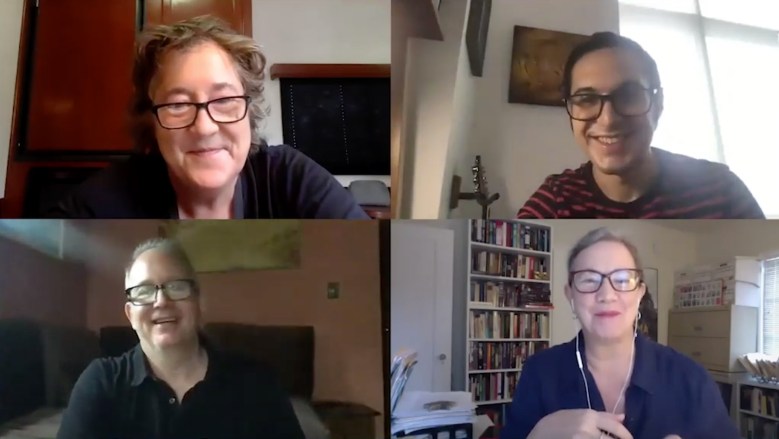 While this year has yielded some unique challenges for the film community, Ted Hope and Christine Vachon know that it’s never been easy to make movies outside of Hollywood. The veteran independent producers met decades ago, during the early years of the Sundance Film Festival, and have worked on a wide-range projects over the years as the industry continued to evolve. Now, they are both at key turning points in their careers: Hope recently wrapped up five years as the head of Amazon Studio’s original movies division, where he worked on everything from “Manchester By the Sea” to “Suspiria” and “Cold War,” while Vachon is celebrating the 25th anniversary of Killer Films, the production company behind celebrated breakouts like “Boys Don’t Cry,” “Hedwig and the Angry Inch,” and “Carol.”

This week, the pair reunited for a special live edition of Screen Talk with hosts Eric Kohn and Anne Thompson. Vachon beamed in from the set of the Netflix-produced “Halston” and detailed her experiences working on a movie in the midst of the pandemic. Hope talked about his decision to leave Amazon and how he’s exploring his future options. Together, they mused on a number of major issues, from the dramatic shifts in distribution and financing for independent films to the future of the festival circuit. Faced with questions about the viability of the feature film in uncertain times, they explained why they haven’t lost faith in the form yet, and they offered advice to budding writers and directors looking for producing partners of their own.

Screen Talk is available on Apple Podcasts, Stitcher, Spotify, and Soundcloud. You can subscribe here or via RSS. Share your feedback with Thompson and Kohn on Twitter or sound off in the comments. Browse previous installments here, review the show on Apple Podcasts and be sure to let us know if you’d like to hear the hosts address specific issues in upcoming editions of the show.

This Article is related to: Film and tagged Direct, tag screen-talk-307, Video