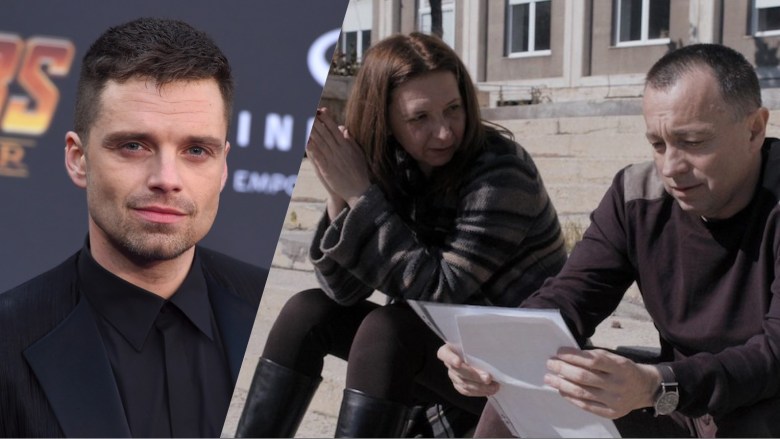 Sebastian Stan has been on the promotional trail for “The Falcon and the Winter Soldier,” but this year’s awards season gave him the excuse to champion a project that had nothing to do with his acting career: A fan of Romanian Oscar nominee “Collective,” Stan joined director Alexander Nanau for a wide-ranging IndieWire discussion about the acclaimed movie, which is nominated for both Best Documentary and Best International Feature Film.

They are the first Oscar nominations for the country in Romanian history, and Stan said he was eager to celebrate that landmark. “It’s kind of crazy to me,” he said, citing Romanian auteurs Cristian Mungiu and Corneliu Porumboiu as among his favorite directors. “Obviously, there has been so much talent coming out of Romania in the last 20 years. I’m just happy that the recognition is there for this important film.”

Using a taut cinema verite style, “Collective” follows the efforts of investigative newspaper journalists who uncover healthcare fraud and corruption at the highest levels of the Romanian government. The documentary unfolds in the aftermath of a 2015 Bucharest nightclub fire that killed 180 people, while others perished because of poor hospital conditions. Over time, the reporters discover more alarming details of malpractice as the country’s next election cycle takes shape. The shocking real-time thriller puts a spotlight on the small European country’s struggles with modern democracy.

The subject resonated with Stan, who used the conversation with Nanau as an opportunity to speak in detail about his own complicated relationship to Romania, which he fled decades ago.

“For a few years, until I was about 16 or 17, I felt a lot of shame, a lot of fear, to say I was Romanian,” said Stan, who emigrated to Vienna with his single mother at the age of eight. Now, he added, “I’m a proud Romanian.”

Both Stan and Nanau left the country after the Romanian Revolution and the fall of communism. Nanau was 10. “It’s a thing for immigrants,” he said. “You try to leave the past to build up a new life. For me, the journey back was very important in order to accept you are not the one or the other. You are just the sum of your life experiences.”

Stan added that he still has vivid details of what it was like to adjust to life with his mother outside of Romania. “We got to the supermarket and saw bananas. We didn’t have bananas in Romania,” he said. “She pointed out the security cameras so you can’t steal. Because when you’re a kid growing up in Romania, I guess you learn how to steal.”

Stan shared his appreciation for “Collective,” particularly the way it uses the nightclub incident as a starting point for exploring more widespread dysfunction. “It starts with this horrific event and then explodes into this nuclear bomb of information,” he said. “My initial feeling, besides shock, was extreme gratitude.”

Nanau said he was initially motivated to return to Romania when he witnessed the backlash to the nightclub fire. “When this happened, I felt it was a turning point in the society,” he said. “I saw the chance to understand how power works. Once all the revelations started, my job was just to be the best filmmaker I could be and translate things cinematically. For me, maybe more than discovering corruption, it was about these real-life characters.”

Nanau asked Stan why he felt compelled to support “Collective” and Romanian projects in general.

“I think it’s only in the last five years or so that more opportunities have come my way,” Stan said. “As creative people, we have this responsibility to help tell the right stories and thus help with opportunities for other people to speak their voice where they don’t have one. I’ve only just started to scratch the surface in terms of being involved in the right stories that I want to be a part of.”

He hinted at a few projects in the works. “I’ve wanted to find a way back to work in Romania and just understand more about it,” he said.

Watch the full conversation above.