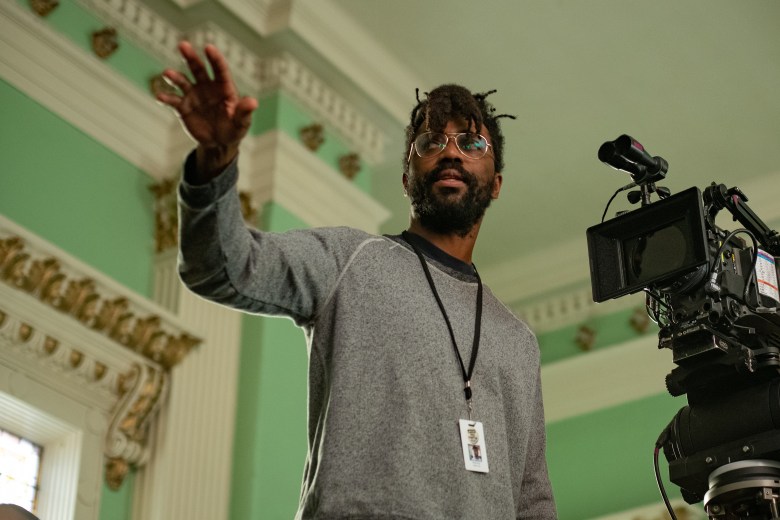 Consider This: Conversations highlight film’s award-worthy productions through panel discussions with the artists themselves. The above video is presented by Warner Bros., produced by IndieWire’s Creative Producer Leonardo Adrian Garcia, and hosted by filmmaker Steve James.

One of the biggest fans of “Judas and the Black Messiah,” which is a portrait of the life and death of Black Panther Party chairman Fred Hampton, turns out to be “Hoop Dreams” filmmaker Steve James. The Academy Award-nominated documentary director also made films including “The Interrupters,” “Abacus: Small Enough to Jail,” “Life Itself,” and “Stevie,” and most recently helmed the documentary series “City So Real.” Check out this wide-ranging discussion about “Judas and the Black Messiah” with James, along with director Shaka King, as well as the film’s costume designer Charlese Antoinette Jones, production designer Sam Lisenco, and cinematographer Sean Bobbitt.

In the conversation, James digs into King’s portrayal of Hampton (Daniel Kaluuya), FBI informant Bill O’Neal (Lakeith Stanfield), Hampton’s love life with Deborah Johnson (Dominique Fishback), and more. James also asks King about wrestling with the biopic form, and eschewing its traditional mold for something riskier that doesn’t play like a typical movie about a historical figure.

“It’s the survival of the movie that tells you what needs to go, and it’s then wrestling against your integrity as a person who’s done years and years of research and started to form relationships with people,” King said. “It’s a completely objective and personal experience for every filmmaker who tries [to make a biopic].”

This Article is related to: Awards, Video and tagged Consider This Panels, Judas and the Black Messiah, Shaka King, Steve James