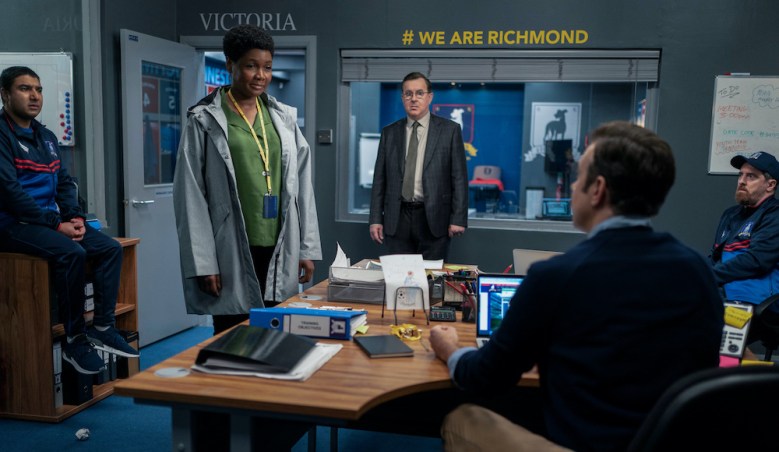 The latest battle in the war to normalize mental health care has been televised.

Without a doubt, the most prominent story to come from the 2020 (in 2021) Olympic Games has been the firestorm surrounding gymnast Simone Biles’ withdrawal from both the team and individual all-around competitions due to mental health issues that made her continued participation in the Games a danger to her physical health.

Biles’ decision comes after the athlete — unquestionably one of the best gymnasts of all time — began suffering from a phenomenon known in the gymnastics world as “the twisties.”  Other sports fans might compare it to the “yips,” during which an experienced athlete is unable to perform basic skills that are fundamental to their sport. It’s a shortstop unable to throw to first base. It’s a basketball player unable to shoot free throws. It’s a golfer routinely missing basic putts.

The difference between between the twisties and the yips, however, is the risk involved. Gymnasts are propelling themselves into the air with incredible speed, twisting and turning, relying on muscle memory to remember when to pull out of a move in order to land on a four inch beam or swing between a five and a half foot bar and and eight foot bar.

Over and over, people have seen these crushing moments where an athlete’s brain and body betrays them, in large part because televised sports is a fundamental part of American life. Now, in real time, we’re seeing premiere athletes taking control of their own well-being and mental health and drawing equal parts empathy and bile from bystanders. TV is documenting the journey, but is it possible for the medium to offer insight to critics who are set against allowing human frailty in athletes?

It seems odd now to think of it but one of the most pressing non-pandemic concerns heading into the Olympics is how fairly or unfairly Biles’ routines would be judged, because the degree of difficulty is unmatched. In May, the star became the first woman to attempt a Yurchenko double pike in competition, which she landed successfully. The move features a round-off onto the springboard and a handspring onto the vault, at which point the gymnast pushes off and, in Biles case, flips twice in pike position. If the twisties are dangerous for gymnasts at any level, then the risk of serious, if not fatal, injury is astronomically higher for gymnastics legends.

Biles suffering this mental health crisis feels unfathomable and, as disappointing as it is for fans, can only be more crushing for the elite athlete at the height of her powers. Anyone familiar with mental illness can describe the deep sense of betrayal that comes when your brain refuses to do what you know it is capable of doing, instead sabotaging you and putting you into a place where you could be seriously injured.

The pressure the 24 year-old athlete was facing is impossible to explicate. A delayed Olympic games, a global pandemic, the pressure to be the shining star on the world’s largest stage, to serve as the foundation and support of United States gymnastics. It’s also the return to a competition that could easily serve as a reminder of the sexual abuse she and so many American gymnasts suffered at the hands of convicted sex offender and former team doctor Larry Nassar.

And still, there will always be those who criticize decisions that young women make to protect themselves, even as the events unfold televised before our very eyes.

While there has been an outpouring of support for Biles, there is also an extremely vocal contingent of those criticizing the athlete, men like Charlie Kirk and Piers Morgan and Michael Che, who often have a lot to say about subjects they don’t know much about.

But Biles didn’t spark this  revolution.

The latest iteration of this mental health movement began on the clay courts of France where, before play began at the 2021 French Open tennis superstar Naomi Osaka announced that she would not be participating in post-match press conferences, due to the deleterious effects such events can have on an athlete’s mental and emotional state.

“I’ve often felt that people have no regard for athletes mental health and this rings very true whenever I see a press conference or partake in one,” Osaka wrote in a post shared on social media in May. “We’re often sat there and asked questions that we’ve been asked multiple times before or asked questions that bring doubt into our minds and I’m just not going to subject myself to people that doubt me.

“I’ve watched many clips of athletes breaking down after a loss in the press room and I know you have as well. I believe that whole situation is kicking a person while they’re down and I don’t understand the reasoning behind it.”

Osaka made good on her statement after her first round match, which she won in straight sets, for which she was fined $15,000 and threatened with escalating sanctions if she continued on her chosen path.

But in the face of punishment, the 23-year-old Osaka opted not to bend to the will of the organizations mandating her participation in a wholly unnecessary sideshow. Instead, the she withdrew from the competition and in the process provided a window into her own mental health and the toll her profession takes.

Again turning to social media, Osaka shared a statement clarifying that it was never her intent to serve as a distraction and that accusations of her using mental health as a shield were untrue. She spoke of the long bouts of depression she’d faced since the 2018 U.S. Open, the social anxiety that she had battled regularly, and her introversion that naturally exacerbates being forced to answer questions on-demand on a world stage.

Again, fans and fellow athletes expressed support for Osaka’s choices, which included declining to participate at the Wimbledon Championships in June and July. Again, those familiar critics chided her.

“Ms Osaka is also an arrogant spoiled brat whose fame and fortune appears to have inflated her ego to gigantic proportions,” Morgan wrote after her decision to withdraw.

The Path to Normalization

Which is why it’s so curious that Apple TV’s “Ted Lasso,” which premiered its second season last week, has added an apparent foil for its eponymous coach in the form of a sports psychologist. Originally, Dr. Sharon Fieldstone (Sarah Niles) joins Ted’s (Jason Sudeikis) behind-the-scenes team in order to help assist on a very specific case, but ends up staying on because the players find her professional skill so useful.

The reason this is relevant is not just because it opens up a discussion about psychology in sports but because it’s happening on a show that feels destined to be consumed by men of a certain age who, like Ted, have a healthy skepticism and even disdain for therapy and psychological care.

Ted himself is threatened by Dr. Sharon’s sudden importance and influence on the team he originally saw as his own domain. Psychologists are not to be trusted. Therapy is specious. These are the biases that Ted carries with him, born out of fear and, yes, personal experience.

But this is not a series that is going to vilify psychiatric care, in sports or otherwise. It seems inevitable that at some point Dr. Sharon will be able to reach Ted on a real and personal level, helping to shift his own feelings about the practice.

Simone Biles is real. Naomi Osaka is real. Ted Lasso is not. But through TV, one fictional man can help to further the cause of two fearless women.

For more “Ted Lasso” talk, tune in to this week’s episode of IndieWire’s TV podcast “Millions of Screens” with Deputy TV Editor Ben Travers, Creative Producer Leo Garcia, and TV Awards Editor Libby Hill. Stay tuned as the crew digs into the issues plaguing the 2020 (in 2021) Tokyo Olympics, including Peacock’s failure to thrive.