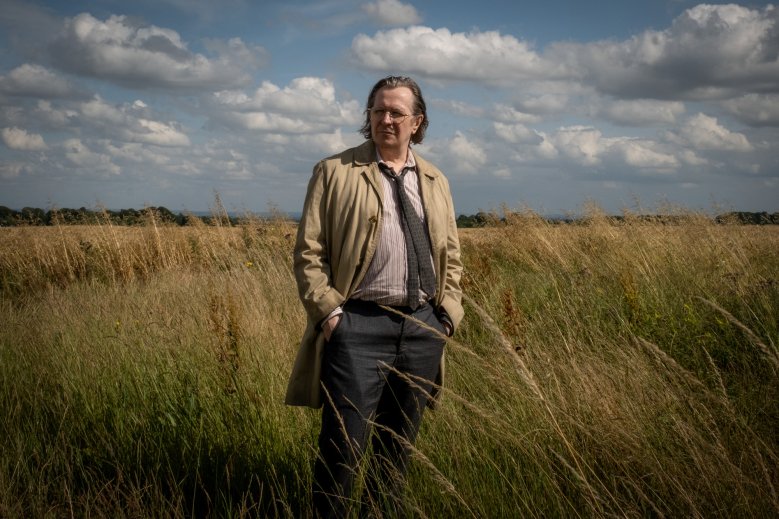 In the current age of two-year long waits for shows, a show releasing two seasons within eight months feels particularly unusual. But Apple TV+ isn’t waiting long to follow up on “Slow Horses,” with the series coming back for its second season this Friday after initially premiering this past April. But as series star Gary Oldman puts it, the new season feels and looks completely different than what came before.

“Seasonally, there’s the switch between ‘Slow Horses,’ the color palette is very muted, and it’s winter, and then in ‘Dead Lions,’ we’re experiencing a very hot summer in London,” Oldman told IndieWire.

Oldman sat down with his co-stars Jack Lowden and Saskia Reeves for a conversation with IndieWire associate TV editor Steve Greene to discuss Season 2 of “Slow Horses.” Each season of the series adapts a novel in Mick Herron’s “Slough House” thriller book series, telling the story of the titular MI5 agency, an administrative unit for dead end officers who committed grave mistakes during their careers. Season 2 tackles “Dead Lions,” the second installment of Herron’s series, which released in 2013.

Whereas Season 1 of “Slow Horses” was set almost entirely in London, Season 2 sees the main character River (Lowden) venture out to the English countryside area of the Cotswolds. The change in locale accompanies a change in the overall look of the show — Season 1 was set mainly at night while Season 2 features extensive daytime scenes, and the summer setting is emphasized through a plotline where the Slough House employees struggle without any air conditioning.

“I love the heat of it, I thought it was great fun playing sweaty and hot,” Reeves said. “I thought that was great. And that clammy sort of closeness and the idea that things are going to appear from the past and this community in the Cotswolds, I actually found watching it when I caught up with the whole thing, was very claustrophobic and strange.”

“Slow Horses” distinguishes itself from other spy thrillers through its mix of genuine tension and intrigue with some decidedly pitch black comedy, and that contrast remains in Season 2, which puts River in a series of dangerous situations — including a scene where he gets captured and tied up — while also having him bounce off a series of quirky characters in the Cotswolds community he finds himself in. Lowden discussed both types of scenes, saying he often found the comedy scenes more demanding for him as an actor than the more intense dramatic material.

“When you’re in a scene that you know is is really funny — but the funny is hugely reliant on it being played as straight as possible — those are quite hard,” Lowden said. “All I want to do is laugh, a lot of the time.

Oldman’s character Jackson Lamb, meanwhile, gets into far different action during Season 2, spending a large amount of scenes devouring food at the Slough House offices. Oldman said that, because Lamb’s eating and drinking habits are a large part of the character, he had to dive into eating all of the food on set, consuming large portions in the process.

“I don’t like actors that pretend to eat. You always know, when someone’s moving something around the plate, they do a lot of cutting and playing with the food,” Oldman said. “Lamb is an eater. There was no way around not absolutely devouring those noodles. And the first two types of fine, you know, but I think I ate maybe 15, 17 bowls of that stuff. We try to keep it as real as possible. And often, that’s the comedy comes out. It’s situational, isn’t it?”

IndieWire’s Consider This Conversations bring together the cast and creative team members of television’s most prestigious shows to discuss some of the best art and craft of TV production of 2022.

This Article is related to: Awards and tagged Consider This, Consider This Panels, Gary Oldman, Jack Lowden, Slow Horses