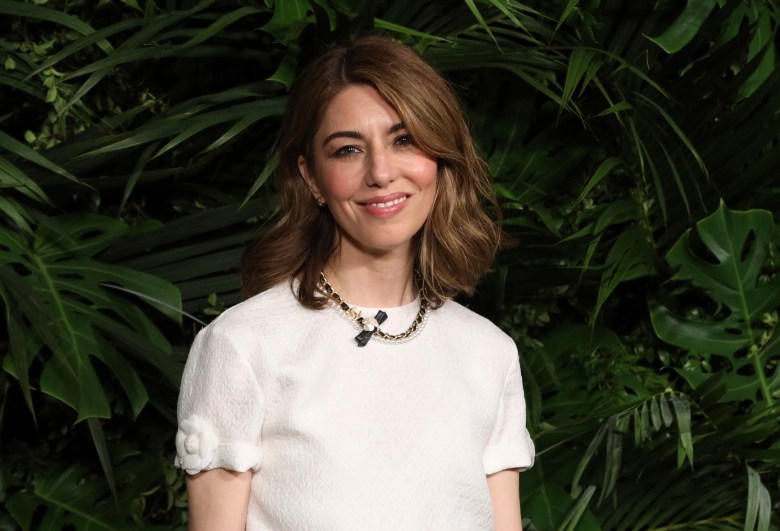 For six months, three generations of the Coppola family quarantined together on the family’s Napa Valley estate, with five filmmakers among them: Frances and Eleanor (who made her directorial debut at the age of 81); their daughter, Sofia; her brother Roman; and Gia, Sofia and Roman’s niece. “It’s pretty funny that this is our family business,” said Sofia, who returned to New York with her husband and their two children in September. Of course, there’s also the vineyards. “There’s good food and wine there,” she said.

Like a lot of relatives huddled together in recent months, the Coppolas spent some of their time watching movies — but this family watches their own. Sofia screened “On the Rocks,” her ebullient New York comedy that locked cut just in time for lockdown. Gia brought “Mainstream,” her ambitious Internet-age satire starring Andrew Garfield. And Frances shared his new cut of “The Godfather Part III,” his notorious 1990 endpoint to one of the most famous movie franchises of all time, which he has recut for a new release timed to the 30th anniversary this year.

It also happens to star a teenage Sofia, almost a decade before she found her own calling as a filmmaker. “It’s hard for me to see myself,” Sofia said, recalling the family screening. “I’m happy he got to cut it the way he wanted and I think it’s really emotional for him. I’m excited for people to see it — except for my part.”

If Sofia Coppola has a hard time addressing the commingling of her history with the movies and those of her father, “On the Rocks” provides an alternate approach. The movie reunites her with “Lost in Translation” star Bill Murray as a boorish art dealer who attempts to help his estranged daughter Laura (Rashida Jones) sort out her marriage troubles and spy on her traveling husband (Marlon Wayans) to figure out if he’s having an affair. A close reading of the plot makes it clear how much “On the Rocks” speaks to aspects of Coppola’s own life, no matter how much she avoids the inevitable comparisons.

First off: No, Sofia isn’t trying to take a dig at her dad. Coppola distances herself from the direct connection between the narrative of “On the Rocks” and her own family. Indeed, it’s hard to see relationship between Murray’s smarmy, divorced bachelor and Frances, who has been married to her mother since 1963. “He knows it’s not him,” she said, then doubled back. “Of course, there are moments, because it’s such an important relationship in a lot of women’s lives. Yes, I definitely have a larger-than-life father, but I hope it’s universal, because it’s so formative relationship in your life and [it can] it affect who you end up with.”

Coppola’s stylized portraits of privilege and alienation may not always resonance the way she intends, but “On the Rocks” does feel like something of a public service from a filmmaker who knows her limits: Written in the divisiveness of America circa 2019, it finds Coppola confronting personal issues with her first stab at unbridled escapism. “I was in the mood for something fun and uplifting for these days that wasn’t going to be stressful or challenging,” she said. “The question was how to do that in my style.”

The result balances slick, old-fashioned New York elegance with sudden flashes of heartbreak and solitude. Beyond the father-daughter baggage that Coppola may or may not be unpacking with “On the Rocks,” the movie registers as an undeniable personal work for a filmmaker who tends to tackle characters very different from herself. From the disaffected teens of “The Virgin Suicides” to the Civil War survivors of “The Beguiled,” Coppola’s protagonists hail from insular worlds, but they have never looked much like hers.

“On the Rocks,” in which Jones plays a successful New York writer struggling to juggle family life with her creative ambition, may be the closest the filmmaker has come to putting her own anxieties onscreen. “I was thinking about living in New York, having young kids, looking at the world around me, how I could reflect that moment of getting your bearings,” she said. “There’s a bit of an identity crisis — how do I connect with who I was before all that and still work?”

For the Jones character, that comes from rekindling a relationship with her father; for Coppola, it came from Murray, with whom she experienced one of the finest actor-director pairings of this young century. Although they reunited five years ago for the Netflix special “A Very Murray Christmas,” that hour-long musical romp was more of a meta experiment for Murray than a bonafide Murray-Coppola collaboration, though it did allow the filmmaker to witness how well he gelled onscreen with Jones, who had a small part.

Coppola wrote the role with the actress in mind, basing the story in part on a friend’s account of spying on her playboy father; from there, getting Murray involved was a no-brainer. “It always helped me in writing imagining what he can bring to it and it’s always a surprise on set what he brings,” she said. “I was always worried to work together again because I don’t want to disappoint people who loved him in ‘Lost in Translation.’”

But Murray seemed to have aged into the demands of a darkly comic role that called for a unique blend of bonafide charisma and unbridled narcissism. Coppola recalled the process of searching for the essence of Murray’s talent while ensuring he had enough room for his own self-discovery, what she called “his Bill-ness.” It was her first script to contain lengthy pages of dialogue, but she didn’t force him to follow every word. “I had a lot of fun inventing the character,” she said. “Once you put him in the costumes and he read it, he just came in and knew what to do.”

Murray, who has five children of his own, brings a visible investment to the part that has been hard to see in much of his looser, winking turns in recent years. “I don’t think I’ve seen him play a father before,” Coppola said. “He’s such a treasure that I felt like I just wanted to be able to capture a little Bill, and I think we all need it right now.”

“On the Rocks” also marks a rather awkward turning point in Coppola’s career, as it’s the first time any of her movies have revolved around a Black family. Coppola has been evading that conversation, insisting that she only wrote the characters that way after casting Jones. “I was just thinking about how to make a beautiful American family that represents families I see living in New York and in the world around me,” Coppola said, “and what made sense for Rashida.” And Wayans? “I loved Marlon and I’d never seen him in this kind of role.”

That’s all well and good, but “On the Rocks” runs into dicier territory with a pivotal scene that finds Murray’s character charming a police officer out of giving him a ticket. “It’s very specific for that kind of guy who’s kind of a real representation of privilege, in the way that he breezes through life and doesn’t see it for other people,” said Coppola, who went through the ringer with the backlash over the absence of any Black characters in “The Beguiled,” including one that was included in the original novel.

Since then, she has learned to be responsive to the sensitives of the culture around her, and realized how the scene would play after the George Floyd protests started up earlier this year. “I probably wouldn’t have written it in today’s climate because it brings up so much violence that we’re talking about right now,” she said. “It’s very specific for that kind of guy who’s a real representation of privilege, in the way that he breezes through life and doesn’t see it for other people.”

Needless to say, Coppola has to navigate a sensitive climate that seems to greet her work on autopilot with far greater scrutiny than anything her father ever faced. In April, as she joined her family in quarantine, fans celebrated the 20-year anniversary of “The Virgin Suicides,” a debut she looks back on with a mixture of affection and ambivalence. “I didn’t really think I’d be a filmmaker,” she said. “I tried to avoid that because everyone in my family is. I’m just grateful for that experience that showed me a career path I’ve gotten so much from.”

With “On the Rocks” behind her, Coppola is venturing into new terrain as she prepares to start production on “Custom of the Country,” her first foray into television. The five-part miniseries for Apple adapts Edith Wharton’s 1913 high-society satire. “I’m excited to try it,” she said. “To me, it’s different from doing a continuing series because I don’t know if I’d know how to do something that never had an end to it. So to me it’s not so unrelated from what I’ve done.”

However, the project does find her following “On the Rocks” — a co-production of Apple and A24 — with a larger-scale undertaking after years of dodging studio gigs. The closest she came was a disastrous attempt at a live-action version of “The Little Mermaid” that ended in creative differences. “When you have a big budget, then it becomes about appealing to a big audience, which kind of contradicts the way I work,” she said. “I’m always open to trying things I’m not never done before, but I’m not drawn to a big corporate structure.”

That might sound ironic coming from a director currently accepting Apple paychecks, but Coppola said she felt secure. “I would never do anything that I wasn’t given creative freedom on,” she said. “What’s been great for independent filmmakers with this streaming companies is that it’s a new way to get creative freedom with the budgets they need. They let you do your thing in a way that’s unique.”

If Coppola has regrets about the way any of her movies turned out, she doesn’t seem to dwell on them the way her father does. “He always has much longer epic footage to play around with,” she said, and laughed. “In my own work, it’s just never perfect. I think that’s part of their personality.”

“On the Rocks” is now playing in theaters from A24. It is available for digital streaming on Apple TV+ on October 23.

This Article is related to: Film and tagged Direct, Interviews, Sofia Coppola, Video