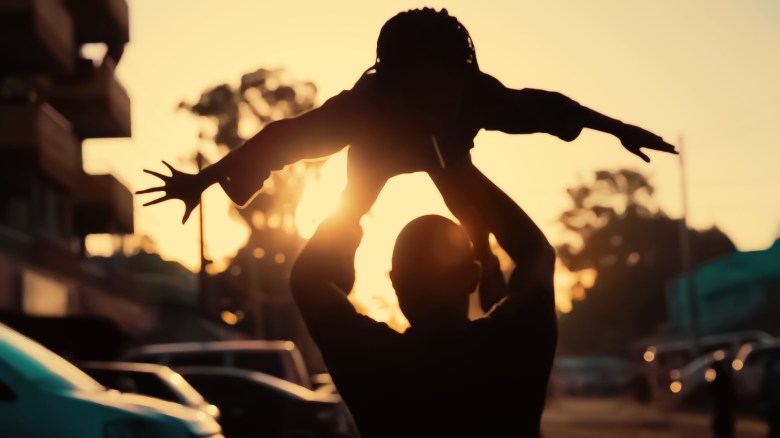 Seven years ago when Kenyan director Sam Soko began following activist and politician Boniface Mwangi, a.k.a. Softie, his goal was to make a five-minute video about his activities fighting against political corruption and collective amnesia in the African nation without getting into his personal life. But soon the project became a 15-minute capsule, then a 30-minute short film.

Eventually the richness he found in the figure’s world beyond his public persona pushed the filmmaker to turn it into a feature film that could shine a light on the difficult choices that individuals working for the greater good have to make, namely large periods of time away from their loved ones.

“There’s so much sacrifice and a lot to question in terms of what it means to love your country and at the same time, love your family. And that’s what drew us and became the agenda, answering those questions. I think those are questions that we answer for ourselves as citizens in our own countries and in our own spaces,” said Soko during a Q&A as part of the International Documentary Association’s annual screening series moderated by Oscar-winning actress Lupita Nyong’o.

Nyong’o, the daughter of a politician, identified with Soko’s children and his wife Hellen Njeri Mwangi, who reminded her of her own mother. For Soko, Mwangi’s children are a part of the emotional engine of the story, and Njeri, who holds the front and spends the most time with them, added an important and vulnerable perspective rarely seen when telling the story of prominent public figures.

While at first there was plenty of push and pull between the director and his protagonist because the latter felt the filmmaking process could feel intrusive, watching the final product provided Mwangi with a new point of view on how he chooses to spend his time, in addition to being a cinematic record of his tireless work for the benefit of the citizenry.

“When I watched the film I was shocked…I saw my life in another way. I saw how my kids see, and I was very heartbroken because while I give my country my best, I give my family the leftovers. My best waking moments were spent with strangers, whether looking for votes or on the campaign trail,” explained Mwangi. Watch the video of the interview Soko, producer Toni Kamau, and the film’s subjects above.

According to Soko, “Softie” was made with different points of view baked in, including those quite separate ones of Boniface and Njeri, because they each didn’t see what was being filmed when the camera was in the streets with him or at home with her. At the same time, the narrative also elucidates the electoral crimes that have negatively shaped recent Kenyan history

“When we were putting the film together, like editing it, it was important for [Boniface and Njeri] to see that aspect of themselves and learn that for themselves as well. But at the same time for Kenyans to see that as well about themselves, because we know about voter bribery, and we know about people buying votes, we know about people asking for stuff, but we’ve never really seen that. This is us doing this, and these are the consequences of all the decisions we’ve made historically. And this is where all these things are coming from,” added the director.

When the documentary was released in Kenya last October, the original run was planned for two weeks, but the enthusiastic audience response kept the movie in theaters for seven straight weeks. The film has also been made available digitally in several African territories like neighboring Uganda, South Africa, Nigeria, and Tanzania. “Not only have we seen how other African countries respond to our story, but we’ve also realized the importance of us telling our own stories and capturing our moments and sharing them with other people,” said Soko.