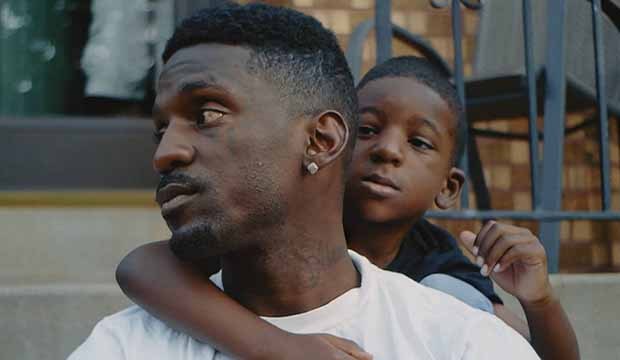 Directed by Smriti Mundhra and Sami Khan, “St. Louis Superman” is a 30-minute documentary on former Missouri Rep. Bruce Franks, Jr., which was nominated for Best Documentary (Short Subject) at the 92nd Academy Awards and is now in Emmy contention. The verité documentary follows Franks at a critical juncture in his life, forced to deal with mental trauma he’d been carrying for nearly 30 years since his 9-year-old brother was shot and killed in front of him. By confronting his pain, he was able to find peace and truly fulfill his destiny as a leader for his community.

Known as “Superman” to his constituents — hence the title of the film — the Ferguson activist and battle rapper, who became one of the most dynamic and unapologetic young leaders in the country, was elected to the overwhelmingly white and Republican Missouri House of Representatives. He resigned last spring and was succeeded by 25-year-old Rasheen Aldridge, who was sworn in on January 8.

Directors Mundhra and Khan produced the film that depicts Franks’ experiences with mental trauma after losing loved ones to gun violence, and chronicles his efforts to create change through legislation. As the film describes him, Franks is “a political figure the likes of which you’ve never seen — full of contradictions and deep insights.”

Mundhra, Khan and Franks spoke to IndieWire in a wide-ranging conversation about “St. Louis Superman” and its timeliness as demonstrations continue across the country to protest the death of George Floyd, an African American man killed while in Minneapolis police custody, and the entirety of the conversation can be watched above. The protests are seen as both a reaction to Floyd’s death and an expression of frustration over longstanding issues.

“We have to shift our democracy because democracy doesn’t mean voting for the blue guy every four years,” Khan said. “It’s more than that. That’s what leaders like Bruce are forcing us to reckon with. And if people aren’t going to recognize that, we have to start over. Because this is just not good enough anymore.”

With regards to the upcoming election — a showdown between Sen. Joe Biden and President Donald J. Trump —  Franks touched on Bill Clinton’s 1996 Crime Bill that Biden helped write 25 years ago, and which, coincidentally, has been thrust back into the spotlight on the 2020 campaign trail, as he makes a run for the most powerful office in the land.

“In 2015 I sat in a room and heard Joe Biden justify giving the police hundreds of millions of dollars, along with Loretta Lynch,” Franks said. “All these folks were killed by the police when we had Democratic representation. We see all the folks being killed now when we have Republican representation. Right now, I have to be selfish, because I’ve been on the frontlines for every single fight. The only thing that matters to me is Black folks. So when it comes to this presidential election, I feel like both of them have not shown up for Black folks. But my concentration is not on the presidential race. My concentration is on city council, mayors, state representatives, and the folks who have the ability to affect policy.”

“St. Louis Superman” will be available on Pluto VOD here through end of July; it can be found in the documentary genre in PlutoTV’s On Demand section.

This Article is related to: Television and tagged Consider This Panels, Direct, St Louis Superman, Video