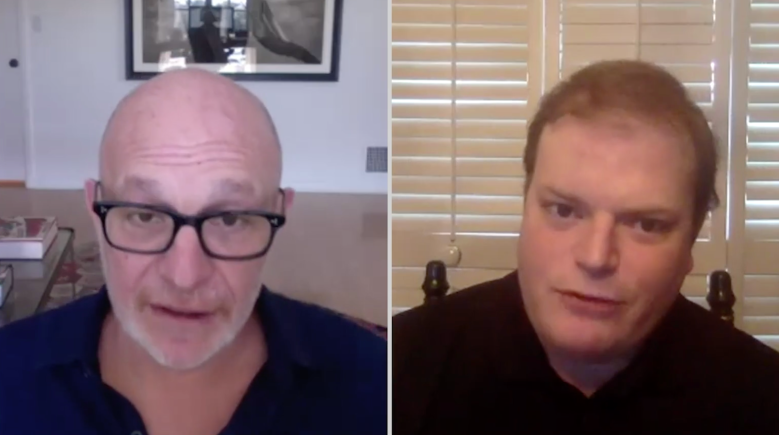 In the first moments of the “Star Trek: Picard” premiere episode, the Enterprise-D — Jean-Luc Picard’s beloved starship from “The Next Generation” — swoops in from across a dazzling starscape. “It struck us that we were teasing the show that the audience might think they were getting,” executive producer Akiva Goldsman said in IndieWire’s video interview above about the first season of the CBS All Access show.

Of course, we know that “Picard” turns out to be something very different indeed. Goldsman, who was friends with showrunner Michael Chabon’s wife since college, brought the author onboard to run Season 1. Together, and with the mandate of series star Patrick Stewart, they decided to make the “Logan” of “Star Trek”: a show about the regrets and losses the onetime Enterprise captain just never got over — and how he finally decides to make it all right.

Goldsman breaks down several scenes from “Picard,” including that opening sequence — made possible from the original “Next Generation” blueprints — and a number of moments he personally directed in the two-part finale, “Et in Arcadia Ego.”

The most moving of all those, of course, is the farewell of Data (Brent Spiner) to his old captain, who’s spent years mourning his death. But the android’s consciousness has somehow survived on the hard drive of a supercomputer, even after his body was lost in the events of 2002’s “Star Trek: Nemesis.” All Data ever wanted was to become more human — and now the way to complete that quest will be to have his disembodied consciousness terminated. How can you be like a human if you can never die?

Goldsman said that this scene — a long conversation between Data and Picard before the captain agrees to pull the plug and end his old friend’s existence — was originally to have taken place over an entire episode. The “Picard” writing staff jokingly referred to it as “My Dinner With Data,” and the whole season was designed as a set-up for this moment. “How do we get those two to have the conversation they were denied at the end of ‘Nemesis’?”

Data’s farewell ultimately became a scene rather than an entire episode, and Goldsman hints that there was a hurried writing process for much of Season 1. The delay in producing Season 2 from the lockdown has actually meant the writing staff has had more time to develop and perfect the scripts, which Goldsman sees as a benefit.

In Season 2, “Picard” will explore Starfleet in greater depth. We did not even see a single Starfleet vessel, other than a rescue fleet in the second episode, until the last minutes of the Season 1 finale.

“We knew that bringing in that fleet was a little bit of a promise, and so we tried to be thoughtful about it,” Goldsman said. “Especially as we go forward, we’re going to start making statements about really what the world of Starfleet, at least technologically if not socially and culturally … These are the things that are likely to get a little bit more play than they did [in Season 1] in what was essentially a story about somebody who is outside of Starfleet.”

With that may still come more Spiner, who was brought in to play a flesh-and-blood human character in “Et in Arcadia Ego,” Dr. Alton Inigo Soong. “I think you always want another Soong,” Goldsman said. “I think that we wanted to feather in the possibility of more Brent, and we knew we were letting Data go. We all knew that this Soong character had been in our head canon when it came to the season anyway. But we want more Brent, and we wanted to create a platform for which there could be more Brent in future seasons.”

Sounds like we’ve only just scratched the surface of the stories “Picard” could tell. Click on the video above to hear Goldsman speak for himself.