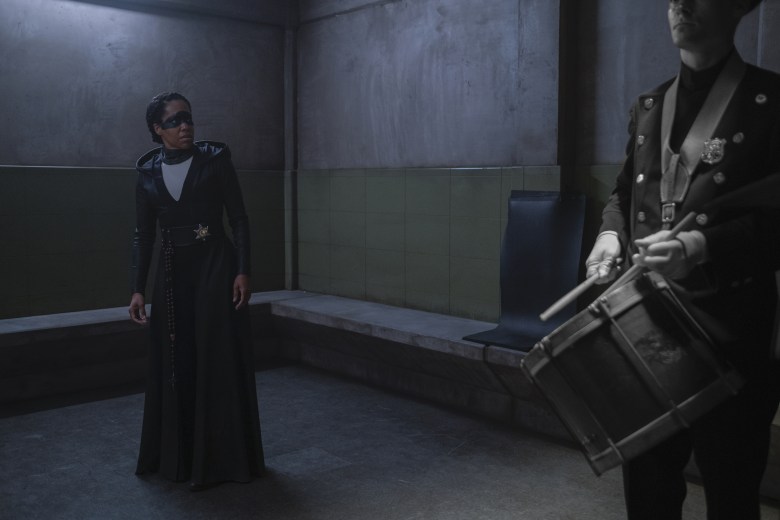 Welcome to Deep Dive, IndieWire’s new podcast and video series that takes a detailed look at an exceptional piece of filmmaking. This week we’re lifting the hood on Episode 6 of “Watchmen” — “This Extraordinary Being” — with Damon Lindelof and 10 members of his creative team. You can listen to the podcast here, and watch the first video essay here.

Before Lindelof and his writers room started writing the actual scripts for “Watchmen,” the series creator shared the outlines of the episodes with his two directing producers Nicole Kassell and Stephen Williams, who were prepping the series.

From when Lindelof first described the drug-induced “nostalgia trip” to 1938 Harlem — where Angela (Regina King) would enter the memories of her grandfather Will Reeves (Jovan Adepo) — Williams saw the unique episode as a “cascade of images” that would require a visual language that was distinct from the rest of the series.

The director would even work with Lindelof and co-writer Cord Jefferson as they were writing Episode 6, so his vision of a dream-like fluidity with surreal transitions that made the black-and-white flashback feel like one continuous action could be incorporated at the story level.

“It felt to me like the best way to render the sensation or experience of memories was to create a visual landscape that felt fluid, unbroken, continuous, seamless,” Williams told IndieWire. “What you are left with at the end of immersive with the experience of memory is an overall kind of impression of a complete experience. Not necessarily segmented into discrete portions, but one stream of consciousness.”

In video essay above Williams, Lindelof, and cinematographer Gregory Middleton break down the use of long takes, the episode’s need for a subjective intensity, and the incredible amount of pre-planning required to pull it off — including Williams and Middleton shooting the entire episode twice on an iPhone with the stand-ins before production commenced with full cast and crew.

This Article is related to: Awards and tagged Deep Dive Emmy 2020, Watchmen