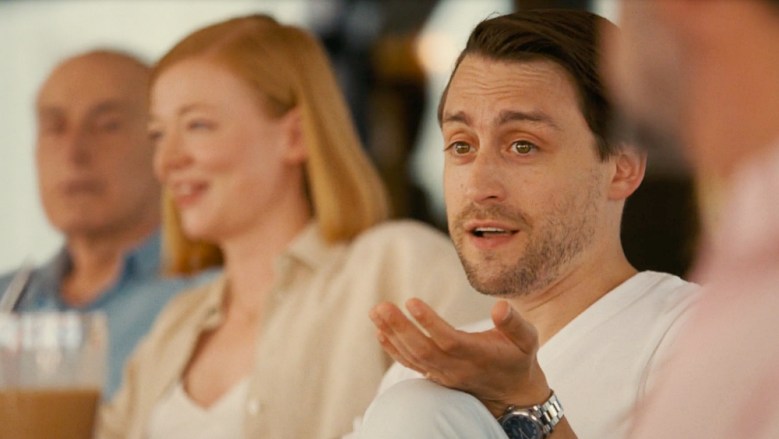 Welcome to Deep Dive, IndieWire’s new podcast and video series that takes a detailed look at an exceptional piece of storytelling. This week, we’re lifting the hood on the Season 2 finale of ”Succession” — “This Is Not for Tears” — with creator Jesse Armstrong, executive producer and director Mark Mylod, as well as seven more members of the creative team and cast. You can listen to the podcast here.

On “Succession,” scenes are shot by two to three camera operators who are given a tremendous amount of freedom and encouragement to follow their instincts. Listening and reacting to characters, they pan and reframe to capture what they instinctively feel is most interesting.

“The camera reacts with the speed of a human being rather than somebody who knows what’s going to happen next,” Armstrong said. “And that lets the comedy and drama play in a way which I think subliminally makes you feel like you’re in the room.”

This means the camera operators will often move off the character who is speaking, putting as much significance on those reacting to the speaker.

“It isn’t just, ‘OK, grab that line.’ It’s as much about finding what’s going on underneath the surface,” Mark Mylod, who directed the Season 2 finale, said. The real gold is when the operators capture a character reacting “when they don’t think they’re being watched by other characters, but the camera is catching that moment, [and] we as an audience are let into their unconscious in a way. It’s a window into their souls.”

With three cameras rolling, scenes around the dinner table offer a lot of windows into a number of different souls.

“With the amount that we shoot, and the number of cameras, and the number of takes when we have the time, and the level of improvisation and the subtlety of the actors who we’re working with,” Armstrong said, “it is infinite how you could cut the scenes. So, when I think of that, it makes me want to throw up.”

How to bring all these revealing moments together is the job of “Succession” editors Ken Eluto and BIll Henry. In the video essay above, Henry takes you inside the important breakfast table aboard Logan’s yacht in the Season 2 finale and explains how the syncopated rhythms of a scene like that are akin to cutting a musical.

“[Our] craftspeople are doing things that you couldn’t verbalize because they do them with rhythm,” Armstrong said. “And they’re [involved] with all the choices that are there to be made, and you’re in sync with them — it just means that my work is much easier.”

“Deep Dive” is a recurring series of in-depth and informed discussions with the stars and creative team behind important film and TV projects. This video essay is presented by HBO and hosted by IndieWire’s Deputy Editor, Film and TV Craft Chris O’Falt.