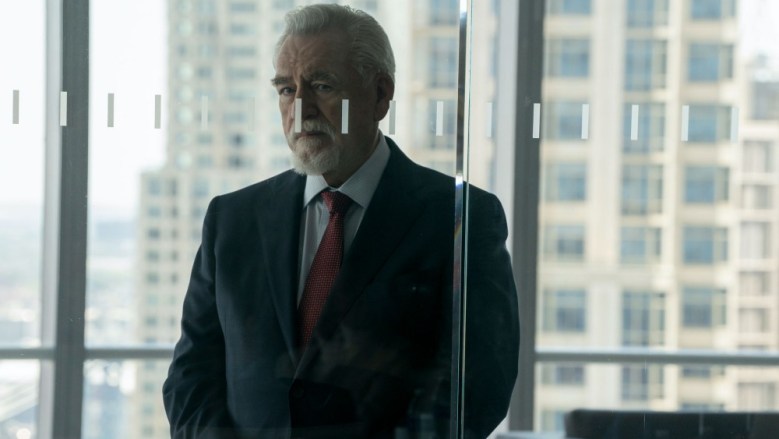 “Succession” turns on schemes and swings for control of the Waystar media empire, playing a hugely expensive, emotionally fraught game of musical chairs of who gets to sit at the right hand of CEO Logan Roy (Brian Cox). It’s a decline-and-fall trajectory that executive producer Mark Mylod builds out of the characters’ decisions — one, as he recently told the “Toolkit” podcast, in which he plays conductor to creator Jesse Armstrong’s composer.

“I’m not sure I’ve ever said it out loud, but I always think that [Armstrong] writes like he’s writing music, both in terms of rhythm and in terms of emotional dynamics,” Mylod said. “And that can work for whole episodes for whole seasons and also for scenes. There is a kind of bravery needed to be curious about the human interactions and the moments.”

In the video above, Mylod discusses just how he finds moments that enhance what’s already on the page and how he set the perfect stage for the relationship ruptures between the characters in the Season 3 finale. “We will never go for a wide shot and then work close. We’ll go exactly the opposite,” Mylod said. “We’ll start close — straight in on the performance — and we’ll try to get the meat and the spontaneity as early as possible in the process. So that by the time we drop back into wide shots, everybody’s kind of creatively spent. We won’t do the same take twice.”

Watch Mylod discuss how the show optimizes its shooting pattern to capture all of the subtext and nuance in the actors’ performances, or listen to the entire discussion below, or by subscribing to the Toolkit podcast via Apple Podcasts, Pocket Casts, Spotify, or Overcast.

How “Succession” Constructs a Scene

Mylod: We may or may not rehearse it depending on the emotional potency of the scene. For this scenario, let’s say that we’re doing one half-rehearsal. In this case, I’ll be on set with the actors. We’ll talk about [the scene]. So we’ll find it. Even if I have a definite plan in terms of putting [the staging] to the actors, I like them to discover that for themselves. And they need to discover that for themselves.

So even if I really need them to end up by the window ledge by page two, I’ll try to let them find that for themselves rather than saying, ‘Can you be there then?’ Some actors are better at accommodating that but I try to let them all find it for themselves; that way the scene just feels more authentic and everybody feels like their character is discovering their way through that scene.

So that’s the first base of the staging. We try to keep as loose as possible or disguise it. If there is, you know, a specific need, then we put cameras on it. Some scenes will be stylized or kind of pre-ordained and we need a special piece of equipment. But what is more often more specific to “Succession” is that I’ll then show the scene to the crew and specifically our camera operators and [Patrick Capone], our DP, and then we’ll talk about it.

‘Okay. Maybe I’ll track with two dollies and two cameras on long zoom so that we can hunt and find and zoom in and keep voyeuristic and stay out of their way,’ but we can keep a little objectivity and stay back if that’s the nature of the scene; or maybe we’ll have two handheld cameras and we’ll just get in there straight away with handheld short zooms [that will put] both cameras right in there and just be part of the action close up with wide lenses, which is probably our most common modus operandi in that case.

Well, the next thing that will happen after Pat has had his lighting time is we will go straight for a take and both camera operators, who will have seen the script, will have seen the rehearsal, will know the script, will be talking about what we want out of the scene that is not on the page. What is the subtext? What is the counterpoint? What is the emphasis? Which characters are important? What reactions are important? But then we’ll just go straight into it. Certainly in the episodes I direct we will never go for a wide shot and then work close. We’ll go exactly the opposite. We’ll start close straight in on the performance and we’ll try to get the meat and the spontaneity as early as possible in the process so that by the time we drop back into wide shots, everybody’s kind of creatively spent. We’ve got the scene.

That’s somewhat reductive, but that’s pretty much the ethos: get in there, get first thoughts, first instincts, and then work it from there. And we won’t do the same take twice next time. ‘Okay. Maybe try this. Maybe try that. What if there’s this?’ So everybody’s exploring with every take and the cameras are doing a different thing and have completely free rein to do different things each time.

“Succession’s” Approach to Tracking the Story

Mylod: There’s always at least two narratives. There’s the narrative framework that we use in the writers room, which is normally plot=driven and more often than not is to do with the power struggle with the company, with the WayStar investigation, who the challenges are. So there’s the business narrative. And then there’s a totally separate strand, which is the emotional story to do with the conflict, the emotional journeys of the characters and their relationships. And of course those two are interwoven.

We are obviously, you know, television and that hoary old cliche is, you know, it’s a character medium. So of course, my passion is to delve into these characters and [their] tragicomic lives. So that to me is kind of always my priority. Jesse, I think, probably sees the complete picture in that he also has this extraordinary understanding of business and economics and the power dynamics of business that’s way beyond my understanding. So I tend to air towards the character narrative or the character storylines. I’m the touchy-feely one, basically. And we, we work it out between us.

On Shooting the “Succession” Season 3 Finale in Italy

Mylod: Choosing Italy, on some level you get that connective tissue of power dynamics and power struggles across centuries. You get that ongoing kind of historical continuum, which is a lovely. We get that, you know, somewhat in New York as well, obviously, and that the you’ve got all that power dynamic of the pulse of the city as well, but to have [the show go to Italy and take advantage of it] in historical terms like that was lovely.

The light there, the Mediterranean light — we tried to use this in Croatia as well at the end of Season 2, of not shying away from the harshness of the light; anytime we can see our characters’ wealth and privilege does not protect them, that they still get caught in the rain, that they still get caught in traffic jams, that sometimes they can’t hide from the sun, the glaring overhead midday, sun, that’s a good tool for us.

It’s a harsh light and it’s sometimes very uncomfortable to shoot in. But I really like that look. I love the almost blown out harshness of it. I think it works for the story dynamics. I love that. And then of course, you know, Italy offers such extraordinary beauty, and one tries to weaponize that so that we, the audience, kind of get the benefit of it or the appreciation of it whilst our characters, who are in that environment, get absolutely no appreciation or even notice it. You get to weaponize it and get that comment on our characters.

So it works on that level, which is useful to me because otherwise I feel that I was fetishizing the locations and the wealth too much. I feel it’s legitimate when I see that beauty and then I see them completely blinkered to it.