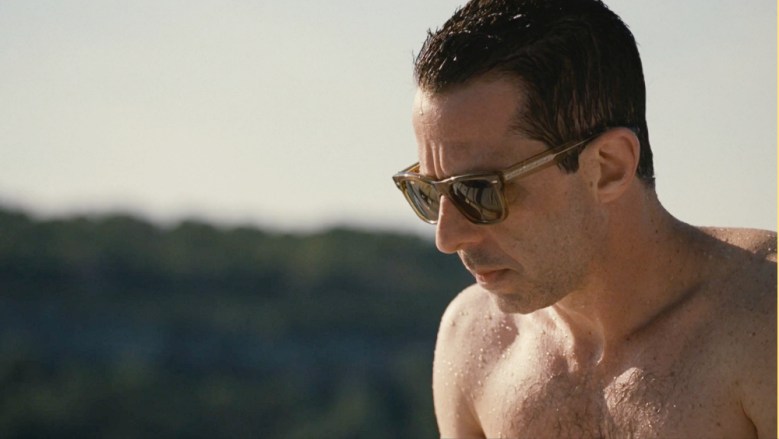 There’s a darkness that hangs over Kendall Roy (Jeremy Strong) in Season 2 of “Succession.” Ever since the car crashed into the lake at the end of Season 1 — resulting in the death of the waiter and the subsequent cover-up of that death by Logan (Brian Cox) — Kendall has been mentally and spiritually tortured. In the video essay above, we go inside how Mylod and composer Nicholas Britell bring the viewer inside that torment by connecting it to the moment that caused it.

“Whenever we put the character in water, we make him vulnerable,” Mylod said. “We metaphorically crucify him, in the water.”

Composer Nicholas Britell describes the music he wrote for the Season 1 finale’s car crash as Kendall’s “true moment of darkness.” And it’s that music, “Kendall’s Return,” that the composer and editor Bill Henry bring back at key moments of Season 2 where that darkness, and the memory of the young man’s death, weighs particularly heavy on Kendall.

In fact, it’s that music that accompanies Kendall as he enters Logan’s state room for the famous “You have to be a killer” scene during the Season 2 finale. In the second part of this essay, we go behind the shooting of that scene with Mylod, Strong, Henry, and cinematographer Patrick Capone.

In the video essay, Strong talks about the unique relationship he has with the “Succession” camera operators. “I would say our camera operators are as familiar with the script and the scene as the actors are,” Strong said. “They aren’t just setting up a shot, they know the emotional beats of a scene and their job is to support the psychodynamics of the scene. They are sort of emotionally, empathetically, involved with what we are doing.”

Welcome to Deep Dive, IndieWire’s new podcast and video series that takes a detailed look at an exceptional piece of filmmaking. This week, we’re lifting the hood on the Season 2 finale of ”Succession” — “This Is Not for Tears” — with creator Jesse Armstrong, executive producer and director Mark Mylod, as well as seven more members of the creative team and cast. You can listen to the podcast here, watch our first video essay here, and check out the production design video above.

“Deep Dive” is a recurring series of in-depth and informed discussions with the creative team behind significant film and TV projects. This video essay is presented by HBO and hosted by IndieWire’s Deputy Editor, Film and TV Craft, Chris O’Falt.