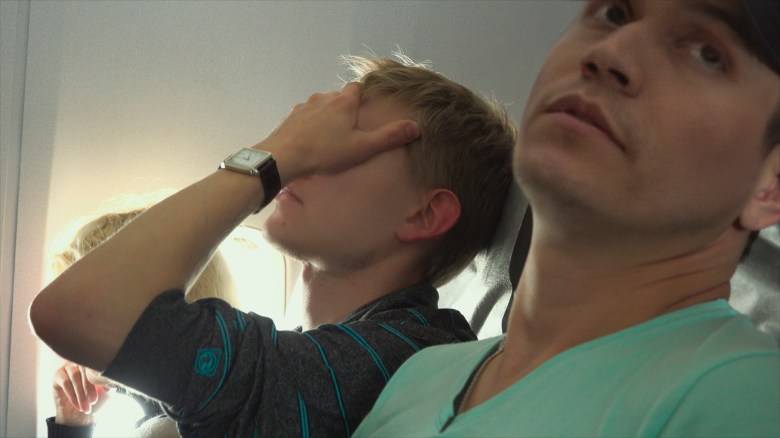 One key role that documentarians play is to bring back into clear view stories that have, for whatever reason, vanished from the headlines. World premiering on January 26 in the Sundance Film Festival’s Documentary Competition, the HBO Documentary Film “Welcome to Chechnya” is a chilling docu-thriller that exposes a humanitarian crisis that demands to be brought back into the public eye.

Back in early 2017, Oscar nominee David France (“How To Survive A Plague”) read some horrific articles about the largely Muslim Russian federal republic of Chechnya’s crackdown on homosexuals, who were hunted, imprisoned, tortured and even killed. “There was press and pressure in Europe,” he said in a telephone interview. “In the States we were distracted by Washington. Our news attention has become very shallow and the story drifted out of headlines quickly.”

Without a global response to save gays whose lives were threatened in their home country, “I learned that the queer community in Russia had pulled together… to get people out of Chechnya to safety,” said France, “not to Russia. They had to get people out of the country. They managed to put into effect a vast underground railroad, like a French Resistance in World War II, rescuing and saving people.”

France started filming in August 2017, looking for characters to provide a spine for his movie among many remarkable stories of gay Chechens who “not only found safety in this underground network, but found comfort in their new countries,” said France, “and began to understand and embrace their lives as LGBTQ people, something they had no model for back in Chechnya. The idea of a gay sensibility, of a community, was anathema to them initially. To be brought into this incredibly tender and protective world was really eye-opening to them.”

Eventually, France focused on two stories of those fleeing from Chechnya as well as two of their rescuers. He found one man just as he was entering the system, trying to reunite with his boyfriend and his family, who was considering taking legal action against the people hunting him around the globe.

But France had to solve one serious issue with filming this unfolding narrative. “I was not the first person to go in as a reporter to try and tell that story,” he said. “What I and all the other reporters found were people running away who were too frightened to allow their stories be told. They knew it was not enough to get away. This isn’t a campaign to send into exile queer Chechens. This is an ethnic cleansing of a sort. This is an effort to liquidate LGBTQ Chechens, as a way to cleanse the blood of the Chechen people. Even should they arrive in the West in Paris or Toronto or Berlin, if it were known they were still alive, they would be pursued. They are living constantly in the shadows, and only allow people to film them in the shadows.”

Alex Gibney and other filmmakers have hired actors to speak the words of subjects they want to protect. And others have sat in darkened rooms with their voices disguised. France wanted to show his subjects’ faces as they recounted what they had been through, from fear of being hunted to capture and imprisonment and torture. “I promised them I would disguise them,” France said.

And so the director dove into a six-month R & D period, trying multiple approaches. He reviewed the ways to preserve their facial reactions, from rotoscoping and animation to filtering and overlaying systems. Some would not render his subjects sufficiently disguised, “or made them caricatures of themselves that would allow people who knew them well to recognize them,” he said. “I did not want to stylize them to the point of limiting the humanity they presented. I didn’t want to interpret through an artist’s pen. I wanted to find it and hold it, the highest standard of disguise, so even their mother won’t know who they are.”

France wanted to avoid having the VFX disconcert the viewer. “I worried about the audience’s ability to accept the disguise and not be distracted by it,” said France, who finally sought help from an expert in the Uncanny Valley, a professor at Dartmouth who specializes in human connectedness and runs an empathy lab. He asked her “to find the approach that be the most engaging and least disruptive.” She enrolled a formal scientific study using her institutional review board.

The winner, the approach that scored the best — identical to an undisguised face — was face replacement. This technique had never been used in a film before. “It is an inversion of deep fake technology used by journalists to manipulate images,” said France, like online video of Barack Obama calling for nuclear genocide, the technology that imposes a library image of a well-known person to map over somebody saying outrageous things. France asked 22 people — mostly queer activists in New York — to lend their faces as a physical shield to protect the people in the film.

The filmmakers brought the real people into a green-screen environment where VFX technicians ingested their faces and replicated the lighting circumstances of the subjects captured in the field. The VFX artists reduced their faces to an algorithm, then mapped them with deep-machine learning over the subjects in the film. “While all eye and mouth movement and facial tics belong to the original subject,” said France, “they are all being carried out beneath the skin of these volunteers. This could allow us to know their stories; it’s still them. We see the weight on their faces. It comes through, it’s unmanipulated, were picking up those expressions.”

France is grateful that “the activists lent their faces, which has given [the persecuted Chechens] the ability to tell their story. They were given the voice and a face that isn’t theirs to tell a story that is exclusively theirs. I wanted the face doubling to be part of the editorial narrative of the story, that they are so deeply afraid and thoroughly pursued that they have to hide their faces.”

Some voices were changed; some like Grisha (pictured above) were not. The technique works; the subjects who have new faces do have a slight halo framing them, which France wanted, to show that they needed the disguise. “I wanted you to feel the danger that that represented to their lives,” said France. “The differences between those being hunted and those who were helping them.”

The most upsetting scenes in the movie are trophy videos posted by Chechen perpetrators that celebrate violence against gay men and women. In order to show them, France also digitally altered these images — in one case, replacing one visage with his own face. “I couldn’t ask any of the activists to do that,” he said. The gut-wrenching sound of one man being raped was unaltered. “These were pieces of evidence gathered by the activists through their networks and interceptions, through people who have served as whistleblowers to get to the activists. It’s the proof of what is going on on the ground.”

At one dramatic moment in the movie, one person’s face is finally revealed. After years of secrecy, France showed the film to 40 of his cast and crew last week. “I heard the gasp when the mask comes off,” he said. “When I met him I didn’t know [he would go public with his story], and he didn’t know, so I was able to watch him wrestle with that. He elected to have the film unmask him in a way that will give him a greater level of protection and publicity. It’s going to be undeniable what he’s doing, risking his own life for this humanitarian undertaking.”

His rescuers are not disguised. Which proved to be a problem. At one heart-stopping juncture, Russian activist Olga felt such desperation “about this threatened girl who was coming through that airport someplace and being brought back into perilous dangers,” said France, “that Olga determined it was essential do something to try and find her. That entailed giving up personal data about herself that put her in danger.”

This forced Olga to leave the country with her young son. However, her heroic cohort David, based in St. Petersburg, is still commandeering the daring rescue work, flying in and out of Chechnya at great risk. “David was and is in imminent danger,” said France. “Two of the people are in the film were uncovered, and have also discovered how endangered they are. They are making their way out of the country.”

France hopes that the film will “shock the story back into the headlines,” he said. “The first thing is getting traction again in the media, not just in the U.S. but throughout the world. The activists on the ground need that exposure in order to continue their work. Also for their own security, they need to be known to the world to give themselves protection. I am hoping people will step up to support their work. I’m hoping the film will generate the political will, in capitals across the West, for making humanitarian parole visas available to the organizations on the ground to help people get out of there. Without official partnerships with governments around the world, they can’t find safe homes for the people they’re rescuing.”

Making the film was not without its dangers for France and his crack director of photography, dissident Russian filmmaker Askold Kurov, who had to sneak in and out of safe houses without giving the secret locations away. “We had no sound department,” said France. “We shot on a little Sony tourist 4K camera with a shotgun mic and one wireless lav that could be thrown into a bag, held under an arm, and with an iPhone 10.”  The camera had a Bluetooth feature that allowed it to be manipulated and monitored by cel phone. “In public, Askold would hold the camera under his arm like a rolled-up newspaper and bury his nose in the cel phone as though he were looking at texts, and move his body to position the camera.”

As for bringing the Chechen perpetrators of these homophobic crimes to justice, that is still to be determined. One case has exhausted its appeals in the Russian domestic courts; charges against Russia should now be moved into European human rights courts.

HBO Documentary Film acquired rights to the film as the filmmakers were in the finishing stages of the expensive VFX work. After the Sundance world premiere, the movie will air on HBO in June.