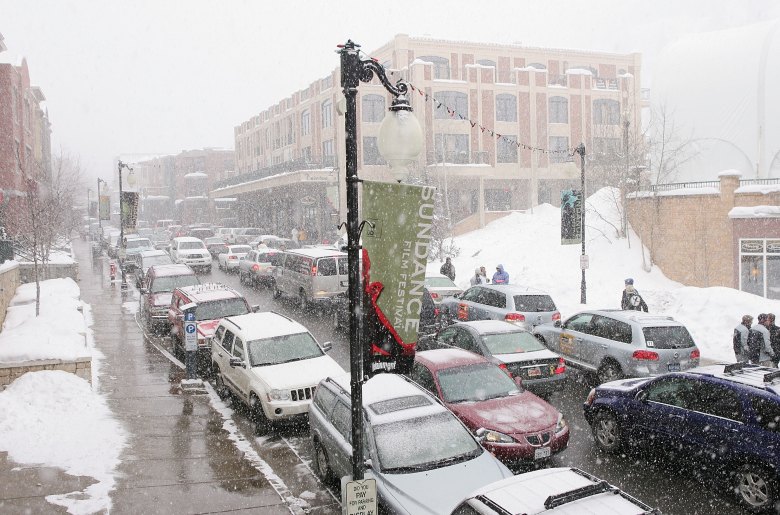 Few personalities in the film community have been more closely associated with the industry side of Sundance than John Sloss, the veteran lawyer and sales agent who has been a dealmaker at the festival for decades. Through his company Cinetic Media, Sloss, whose credits range from Richard Linklater’s “Before” trilogy to overnight success stories like “Napoleon Dynamite,” “Little Miss Sunshine,” and “Exit Through the Gift Shop,” has been at the forefront of efforts to push Sundance movies to buyers and subsequent commercial success in the U.S.

That has never been an easy task, but in the wake of the pandemic, two virtual Sundance editions in a row, and a streaming-dominated landscape that makes the theatrical market look more dire than ever, anyone in the business of selling movies has a hard time putting a positive spin on it these days.

However, as a guest on this week’s episode of Screen Talk, Sloss found a few ways. Joining Eric Kohn and Anne Thompson ahead of this year’s festival, he acknowledged the tough environment but was more optimistic than you might think about the overall state of affairs. “Judging by the aggregate budgets from the streamers, and the fact that people are starting to go to theaters again, there’s no reason not to be optimistic,” he said.

Part of that, though, stems from Sloss’ investment in the streaming market over theatrical. “I hate to say it. I’ll probably be roasted at the stake for this,” he said. “There’s this idea of the collective experience — people alone in a room in the dark. That is undeniably true of visceral movies, theme park ride movies.”

He was more keen on the streaming market — but primarily for documentaries. “Until the arthouse market comes back, I would not be an equity investor in a scripted narrative film,” he said. “I don’t know what the market for that is.” As for the theaters themselves, Sloss said that they had been “arrogant” about fighting for longer theatrical windows. “The theaters need the rest of the industry to get them back in business,” he said. “They’re going to have to live with the flexibility of windows.”

As for the idea that streamers are buying less content now that they can produce in-house, Sloss said he was unconvinced. “This argument that streamers are cutting back on their budgets is not something I think is actually true,” he said. “Once there’s a film everybody wants, we’ll see how closely they adhere to their discipline.”

Watch the full episode above or listen to it below. Stay tuned for details about next week’s live episode of Screen Talk recorded on the ground at Sundance.