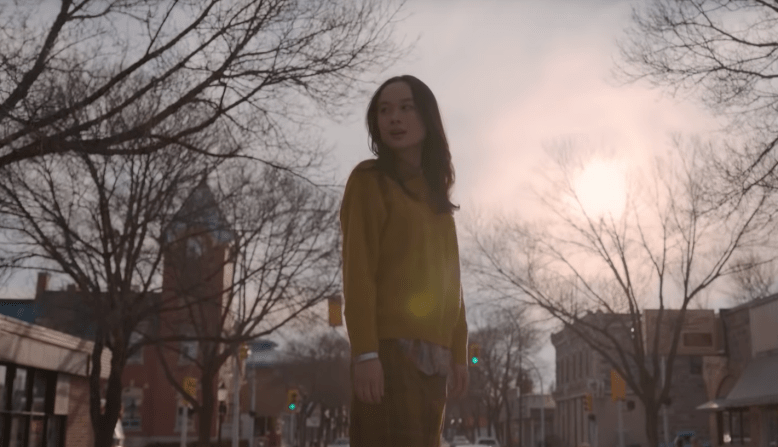 Amazon Prime Video’s “Tales From the Loop” is nearly here, and IndieWire is premiering the trailer for the upcoming sci-fi series about discerning the mysteries of the universe.

“Tales From the Loop,” which premieres April 3, is based on the sci-fi art of Swedish artist Simon Stålenhag, and the series’ new trailer suggests that the show will lean into the surreal world-building that helped make Stålenhag’s work an international hit. Amazon describes the series as an exploration of “the mind-bending adventures of the people who live above the Loop, a machine built to unlock and explore the mysteries of the universe – making things previously relegated to science fiction, possible.”

That description might be a bit open-ended, but given the trailer’s teases of levitation, reversed gravity, large robots, and several unexplainable phenomena, it doesn’t seem far from the mark. While anything appears to be possible in the series, “Tales From the Loop” is billing itself as an uplifting and hopeful sci-fi story — a stark contrast to the bleakness that defines most popular sci-fi titles. While the titular Loop and fantastical imagery suggest that the series will cover fairly eclectic ground, the sci-fi backdrop of “Tales From the Loop,” which constitutes eight hour-long episodes, is expected to give way to dedicedly human stories that will delve into universal emotional experiences.

“Tales From the Loop” was adapted into a tabletop role-playing game several years ago and Amazon’s television adaption has been nearly three years in the making. Amazon gave the production a series order in July 2018 and the series will serve as the first Prime Video co-production between Fox 21 Television Studios and Amazon Prime Video.

Check out the trailer for “Tales From the Loop” above.

This Article is related to: Television and tagged Amazon Prime Video, Direct, Rebecca Hall, Tales From the Loop, Video