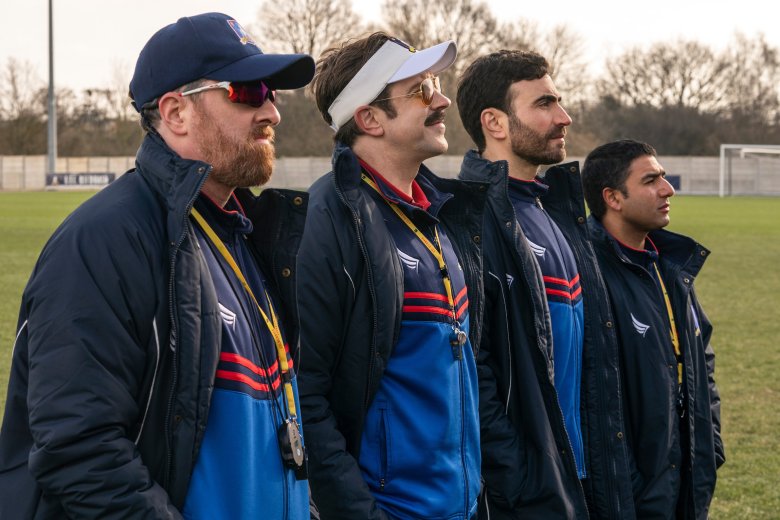 “Ted Lasso,” Outstanding Comedy Series frontrunner at this year’s Emmy Awards, premiered its second season July 23, nestled comfortably between the announcement of the Emmy nominations — where Season 1 nabbed 20 nods —  and the start of Phase 2 voting.

If that seems like a savvy move on the part of Apple TV+, you’re not wrong but you’re not entirely correct either. Returning in late July wasn’t a huge scheduling deviation, after all Season 1 premiered with three episodes on August 14, 2020, but bringing the show back roughly three weeks earlier in order to fortuitously dominate entertainment headlines just as Emmy voting returned was clearly no accident.

Still, plenty are now wondering: Will the choice pay off?

With Emmy voting closed, it feels safe to speculate about how such a power play might play out, how it might have played out for “Ted Lasso” specifically, and what we can glean from the past about the benefit of crafty TV scheduling when it comes to the Emmys.

First, “Ted Lasso.” Despite becoming a pandemic favorite with it’s first season, and its second season garnering even better reviews, the series had a bit of a bumpy ride in recent weeks over in the discourse wading pool. Right around the time of the show’s extremely over-the-top Christmas episode — which dropped just a week before voting resumed — something of a backlash erupted around the series.

Despite “Carol of the Bells” being foregrounded in the idea that Ted is extremely depressed about being alone for Christmas and well along the path of drinking himself sick while watching “It’s A Wonderful Life” — perhaps the best example of a dark piece of culture mislabeled as saccharine — some viewers felt that it was a bridge too far and the show had veered into fully cloying.

At this point, an avalanche followed, as “Ted Lasso” naysayers came off their couches with full-throated complaints that some seem to have been nursing for some time. Cue backlash, backlash to the backlash, and so on and so forth.

While much of this fervor was contained largely on social media and in new media Slack channels, there’s still a question of whether or not the pushback registered with Emmy voters whatsoever.

This is, of course, one of the risks of airing new material when your old material is in the process of being judged. If you’re Apple TV+, you want Emmy voters to watch new episodes of “Ted Lasso” and be reminded of how much they love it. That’s the best case scenario. But if, heaven forbid, the second season of the series had been lackluster, would that take some of the shine off the first season?

All the same, as discussed time and again, a big barrier to entry when it comes to a particular TV show succeeding in the age of Peak TV is getting people to watch. In order for people to watch your show, people need to talk about your show. A great way to get people talking about your show, particularly if that show is competing in Emmy races, is to be airing new episodes during Emmy voting. Regardless of quality, the potential reward seems to far outstrip the risk.

The move seemed to pay off nicely for AMC’s stone-cold classic “Mad Men,” which found great success with this strategy; Season 4 debuted during Emmy voting for Season 3, though the show quickly switched to a late winter/early spring release model for remaining seasons. Maybe that’s why it could only seal the deal on 16 Emmys despite being nominated 116 times.

There are plenty of nuances that influence the trajectory of Emmy races, both within and without of a distributor’s control. (See also: the “Breaking Bad” Netflix bump.) So when the opportunity arises to control the timing, if not the content, of the narrative by strategic release dates, why not take advantage of it?

To hear more about how the new episodes of “Ted Lasso” could play into this year’s Emmy Races, tune in to this week’s episode of IndieWire’s TV podcast “Millions of Screens” with Deputy TV Editor Ben Travers, Creative Producer Leo Garcia, and TV Awards Editor Libby Hill.

Plus, it’s Emmy predictions time! Listen as the crew makes final picks for who will triumph at this year’s Primetime Emmy Awards, this week focusing on Comedy and Variety Series categories. Plus, Ben schools Libby and Leo on the goodness of “Only Murders in the Building” and the badness of “American Crime Story: Impeachment.”