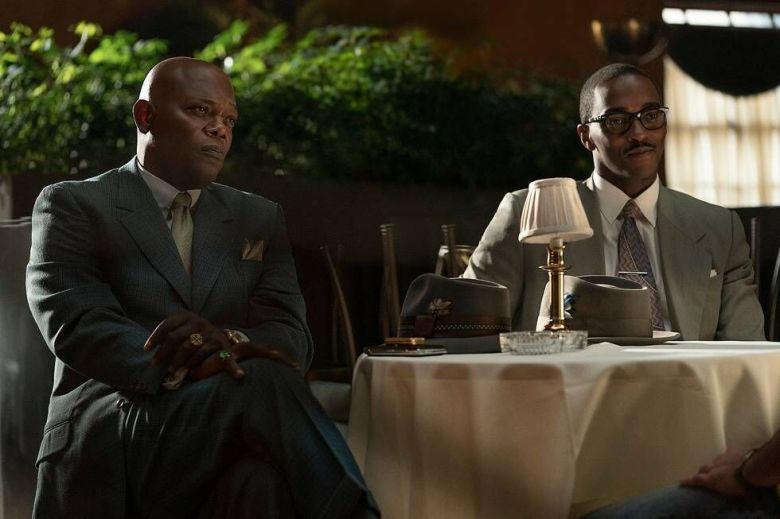 “The Banker” tells the true story of two African American entrepreneurs who seek to thwart the racial limitations of the 1950s, and director George Nolfi says with two black leads, the film “was almost impossible to get made” but it’s finally getting a release from Apple TV+ next month some 20 years after the original script was written.

Nolfi spoke at IndieWire’s Consider This FYC Brunch Tuesday on a panel focused on the film, due out in theaters Dec. 6 before dropping on Apple TV+ in January. He was joined by Bernard Garrett, Jr., son of the man portrayed in the film by Anthony Mackie, and Niceole R. Levy, who cowrote the script with Nolfi.

Bernard Garrett (Mackie) and Joe Morris (Samuel L. Jackson) recruit working-class white man Matt Steiner (Nicholas Hoult) to pose as the head of their business empire while the two moguls act as a janitor and chauffeur. After making it big in California real estate, the men secretly purchase two banks in Texas in order to provide loans to the black community there. But with success comes the unforeseen risk of exposure and the threat of losing everything.

Producer and editor Joe Viertel came across an early draft of the script some 20 years ago and in 2009 pitched it to Nolfi and Mackie, the director said.

“It was almost impossible to get made,” Nolfi said. “It’s still very hard to make a film with African-American leads. And on top of that try to pitch a movie that’s about banking and real estate — ‘Sure, for $500,000.'”

The incredible story went largely untold until the film was produced, Levy said, with the tone of resulting Congressional hearings on the men being “very much ‘how dare you, how dare you think you can get away with this, we very much don’t want anyone else thinking they can do this.'”

The only contemporaneous piece of news coverage that was focused on the men, rather than them getting caught, was published in the African American magazine Ebony, she said.

“The Banker” is set to premiere at AFI FEST 2019, closing the film festival on Thursday, November 21, at the TCL Chinese Theatre in Hollywood.

This Article is related to: Film and tagged Direct, fyc awards brunch, the banker, Video