When Michael Angelo Covino and Kyle Marvin premiered their short film “The Climb” at Sundance in 2017, the real-life best friends got some very witty results from smart premise. The short clocked in at just seven minutes, a perfect amount of time to explore tight formal constraints — the filmmakers cast themselves as the short’s sole stars, a pair of BFFs on a challenging bike ride that involves the revelation of some long-held secrets — and find something fresh in the process. Two years later, the duo have expanded that sharp idea into a winning feature that takes that bike ride and runs (or rolls?) with it to some thrilling new places.

Per the film’s official synopsis: “Kyle and Mike are best friends who share a close bond — until Mike sleeps with Kyle’s fiancée. ‘The Climb’ is about a tumultuous but enduring relationship between two men across many years of laughter, heartbreak, and rage. It is also the story of real-life best friends who turn their profound connection into a rich, humane and frequently uproarious film about the boundaries (or lack thereof) in all close friendships.”

The film debuted at Cannes this past May, where IndieWire’s own Eric Kohn praised the film as a “brilliant reinvention of the buddy comedy.” In his review, he wrote, “Recent low-budget American psychodramas like ‘Krisha’ and ‘Thunder Road’ mined similar material, but Covino funnels it into a wider tapestry of narrative traditions. The roving camerawork and elliptical storytelling has more in common with European arthouse techniques, at times calling to mind Sweden’s Ruben Ostlund and Austria’s Ulrich Seidl. As Covino spices up the fragmented story with uncertainties about whether Mike and Kyle could ever heal their various rifts, each new entry in their relationship crescendoes to the punchline of a bleak existential joke.”

“The Climb” showed at Telluride this fall and is next gearing up to screen at Sundance in January. Sony Pictures Classics will release it in theaters on March 20, 2020.

Check out the first trailer for “The Climb,” debuting exclusively on IndieWire, above, with a new poster for the film available below. 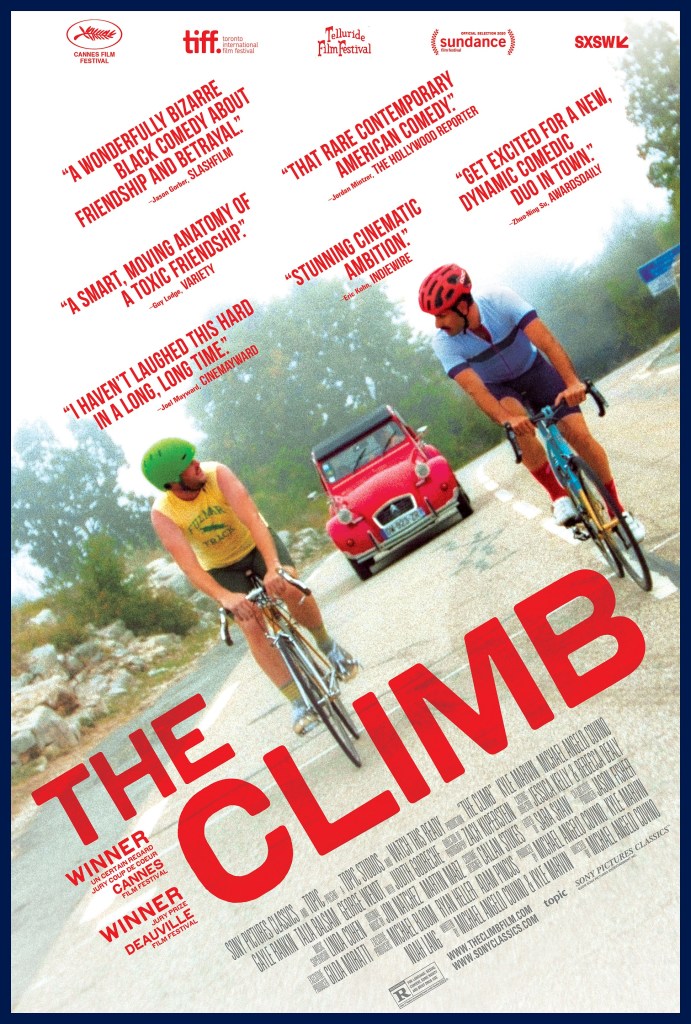 This Article is related to: Film and tagged Direct, The Climb, Trailers