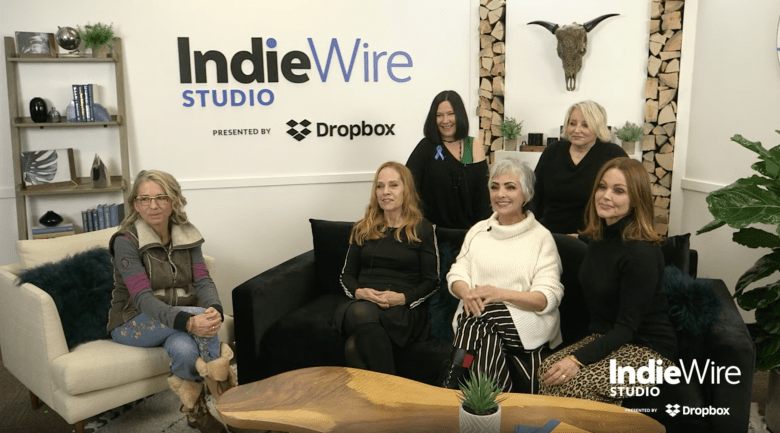 “It feels like a lot of times women and music, their story isn’t told,” Go-Go’s bass player Kathy Valentine said. “The history of women is not considered very relevant. There are a lot of stories that haven’t been told. This is the only story out there [about the Go-Go’s] other than ‘Behind the Music,’ and we had no control over that at all. So this was a chance to tell our story and have creative input and be a participant in it.”

You can feel the enthusiasm all of the members of the first female band to go number one have for telling the story of their climb up the Billboard charts. Their 1981 debut album “Beauty and the Beat” was a sensation that hasn’t been matched in sales by any other all-female band since. Now the members of the band are telling their own story in the new Showtime documentary by Alison Ellwood simply called “The Go-Go’s.”

At Sundance 2020, Belinda Carlisle, Jane Wiedlin, Charlotte Caffey, Gina Sdhock, and Valentine — as well as Ellwood — opened up about the film at the IndieWire Sundance Studio presented by Dropbox. Looking back on the video from six months ago, it feels like a different world even then, with the Go-Go’s, 42 years since the formation of the band, still bouncing off each other with such energy it’s hard to imagine them in the social distancing era.

They had fun talking about their film, but they got candid too: Caffey opened up about why she feels it’s important to talk about her onetime drug use, Carlisle and Wiedlin venting about their very genuine fear during a tour of Britain when they found themselves having to play for an audience packed skinhead Neo-Nazis and the abuse they suffered on stage from them — bottles whizzing past their heads. And there’s their sadness that no all-girl band since has had a No. 1 album. (Shock notes that their contemporaries The Bangles didn’t write most of their own songs.) The Go-Go’s clearly see themselves as torchbearers for the bands still to come.

Watch the video above, which shows this iconic band still clearly has the beat.

This Article is related to: Television and tagged Direct, Sundance, The Go-Go's, Video