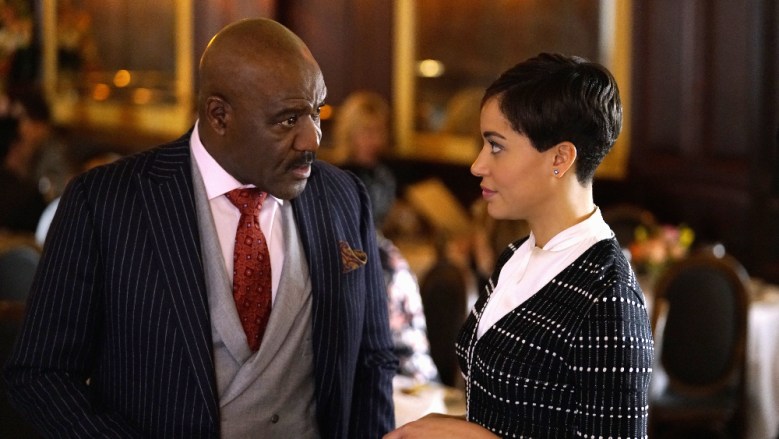 “The Good Fight” was born out of the election of President Donald J. Trump. Or reborn, to be exact. The CBS All Access spinoff of the popular CBS series “The Good Wife” was in production on its pilot episode toward the end of the 2016 election. The first episode would feature Diane (Christine Baranski) cashing in her savings and retiring to Europe now that women had finally broken the last glass ceiling, the presidency.

With Trump’s surprise victory over Hillary Clinton, co-creators Michelle and Robert King quickly rewrote the first episode to reverse course and match what they had already shot. Christine would now be coming back to a country that makes her angry.

“It feels like the show is most fun when instead of focusing on what is actually happening, it focuses on what it feels like as a liberal, like Diane, to live through what’s happening and how it’s just surreal — and that it either feels like you are in a dream or you are taking drugs,” Michelle King said when she and her husband/co-creator, Robert, were on the Filmmaker Toolkit podcast.

The Kings only planned to act as producers on “The Good Fight,” but the new direction of the series and its sense of political urgency excited them, so, like Diane, they reversed course and signed on as showrunners.

While shooting their fourth season current events once again dealt another expected change of plans for the show. When the pandemic hit New York City it shut down the production when it was in the middle of shooting Episode 8. Only seven of the 10 written episodes aired this spring, leaving a number of open-ended questions of where and how the Kings will narratively bring back the series if “The Good Fight” writers room opens this fall, as intended.

The Kings confirmed with IndieWire that two unresolved Season 4 plot lines — the Memo 618 conspiracy and the Reddick Boseman law firm’s troubled relationship with its corporate overlord (STR Laurie) — were intended to only be one season story lines. It was also recently announced that stars Delroy Lindo and Cush Jumbo would be leaving the show, which the Kings knew when plotting the 10-episode Season 4 arc.

“If you watch the season you see where we’re heading with the goodbyes. Delroy’s character is being pursued by the Democratic Party,” Robert said. “Cush was befriending this Oprah Winfrey-like wealthy woman and kind of getting a lot of what she always dreamed of having, which is security and money. There were outs for it and my guess is [that] I’m only fine telling you that because when we come back next season everything may be up in the air again and we’ll start over.”

The Kings are optimistic Jumbo will return to Season 5 to complete her character Lucca’s storyline, which was the original plan before the pandemic hit, but Michelle admits it’s impossible to know how “The Good Fight” will pick up where it left off. “This is such a peculiar time one doesn’t know what tomorrow will bring, certainly it’s hard to say what next season will bring,” Michelle said.

While on the podcast, the Kings talked extensively about the important role music plays on the show. You can watch the video above about their evolving collaboration with composer David Buckley, the explosive opening theme, and the increased role of characters singing — which turns out to be a somewhat controversial topic between the husband-wife creative team.

“We had a split in the writers room as to if we should ever have a musical episode and some of us thought that was a swell plan, and others of us don’t like musicals,” Michelle said, indicating she was pro-musical, and Robert not-so-much. “So there was a detente that in the third season we’d have the characters singing, albeit not breaking into song musical fashion.”

When asked about how they would address the biggest potential adjustment to “The Good Fight” world when it next aired — the disappearance of the Trump Presidency as the show’s defining backdrop — Robert replied, “It’ll be less dramatic, which is maybe not as good for TV.” Added Michelle: “That’s when we’ll do our musical episode.”