By Chris Lindahl and Anne Thompson 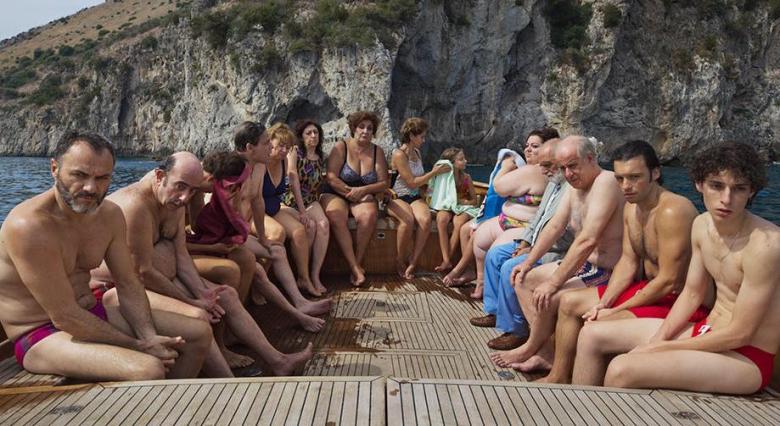 At 17 and living in Naples in the 1980s, Paolo Sorrentino suffered an extraordinary loss when both of his parents died in their home from carbon monoxide poisoning. Being orphaned was of course difficult, but Sorrentino says his relationship with that loss set the course for his future creativity.

“The hardest thing to say for me when I was younger … because it looks cruel, but the truth is for me for me every loss contains an idea of a future. This is something that’s apparently unacceptable for a human being because when you have a big loss you say ok there is no future,” Sorrentino told Anne Thompson during a recent panel. “One thing that’s assured is that if I didn’t have that in my life, I’d never become a filmmaker. It was completely impossible for me to become a filmmaker without this loss.”

Nearly three decades into his career, which includes a 2013 Oscar win for “The Great Beauty,” Sorrentino has channeled the experience of his youth into his most personal film yet, “The Hand of God.” Selected as Italy’s Oscar entry, the film’s title references footballer Diego Maradona’s 1986 World Cup goal. A year on, Maradona’s Napoli was playing a match in Tuscany when Sorrentino was set to be at his family’s mountain house, but Sorrentino skipped that trip in order to watch the soccer game on the weekend that would prove to bring his parents’ demise.

“The Hand of God” stars Filippo Scotti as Fabietto, a stand-in for a teenage Sorrentino in the coming-of-age tale, who is surrounded by a cast of outrageous characters inspired by the lively Neapolitan personalities of the filmmaker’s youth. Among them is Fabietto’s orange-juggling mother Maria, played by Teresa Saponangelo.

“We did the clothes like my mother and with the same age. I was very impressed and also yes, I was a little bit afraid to see my mother with another face,” Sorrentino said. “It was something, an idea that I was not able to handle very well at the beginning.”

Saponangelo and other Sorrentino collaborators are familiar faces in the Italian film community. In an added complexity, Sorrentino and the actress who transformed into his mother on screen had previously dated. “It’s the stuff for a good therapist,” he joked.

Sorrentino was joined on the panel by Thomas Vinterberg, whose “Another Round” won the Best International Feature Oscar this year and who recently suffered his own tragic loss when his daughter died in 2019. The Danish director said the personal and specific filmmaking in “The Hand of God” resonated with him.

“We’re talking about bringing Paolo’s family back to life, but in the movie the son is actually bringing his mother back to life. We’ve seen her locking herself into the bathroom in a fight with her husband. Then when he’s gone, [the son] talks to her in the bathroom and asks her to come out,” Vinterberg said. “To me, that was such an elegant, beautiful way of talking to the dead, which is just so difficult on film and which has been done so disastrously at times, and in this case was just done with recognition and warmth and that just made me cry.”

This Article is related to: Awards and tagged Consider This International, Consider This Panels, Paolo Sorrentino, The Hand of God