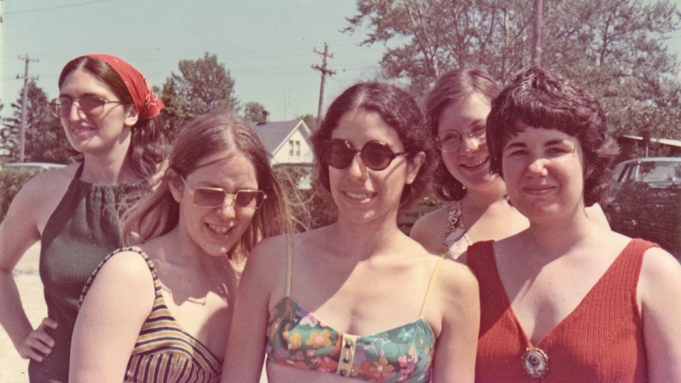 On the South Side of Chicago in the spring of 1972, seven women were arrested and charged as part of a police raid that infiltrated their clandestine collective. Calling themselves the Janes, the women used code names, blindfolds, and safe houses to conceal their identities and their work, which was to provide an underground safe haven for affordable and illegal abortions. The women called themselves Jane (and now serve as the inspiration for another Sundance premiere, the drama “Call Jane”), and they had to face off against the mafia, church, and state to continue providing care.

The documentary from festival filmmakers Tia Lessin and Emma Pildes tells a timely story, and at a crucial moment for Roe v. Wade, which protects a woman’s right to have an abortion without government restrictions, but is increasingly being challenged in the Supreme Court.

Lessin and Pildes, and film subjects Heather Boothe, Judith Arcana, and Daniel Arcana all joined the IndieWire Studio, presented by Adobe, for a conversation about this vital new documentary, moderated by IndieWire’s Executive Editor of Film, Kate Erbland.

“We knew right off the bat that we wanted to stay very close to the story. And we really wanted to draw on firsthand accounts. We really talk to experts to inform the story, but we didn’t put them on camera. We really wanted the audience to experience immediacy and also sort of get to know these extraordinary women,” Lessin said.

“The main lesson I take from the film, and I hope people will take is that if you want to change the world,” said Boothe. “It was such a joy to see some of the Janes, some of whom I had never met, and some of whom I haven’t seen in many years, and so many of whom have died since.”

Presenting sponsor Adobe — with a mission to enable creativity for all — is committed to supporting, elevating, and amplifying underrepresented creators, so the world can see, learn, and benefit from diverse perspectives. Learn more at Adobe.com Diverse Voices. The upcoming 2022 festival marks the fifth consecutive year IndieWire and Adobe have joined forces for the IndieWire Studio at Sundance.

This Article is related to: Film, Video and tagged Adobe, IndieWire Studio, Sundance, The Janes