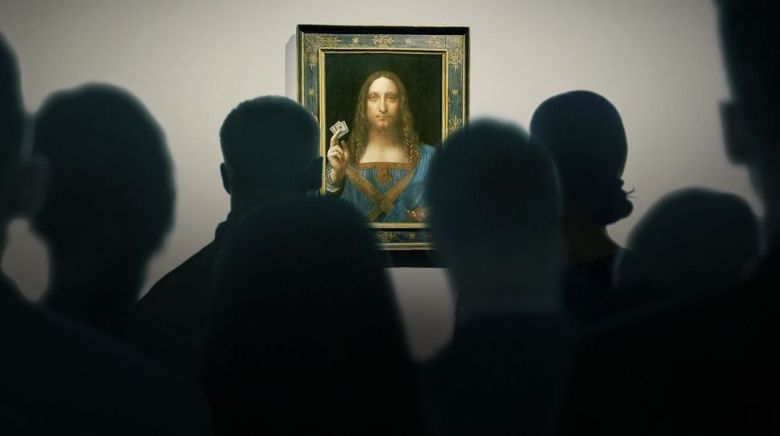 Director Andreas Koefoed had quite the challenge when he set out to embark on “The Lost Leonardo.” For starters, he was working with a painting whose origins would never be definitively proven, and thus would have its authenticity always questioned. But that’s what happens when you’re telling the story of possibly the last painting ever painted by Leonardo da Vinci.

“The Lost Leonardo” documents not just the question of whether the painting, the “Salvator Mundi,” was actually a Da Vinci painting, but how it aligns with our growing freeport system — a series of safe harbors used by the ultra-wealthy to trade expensive paintings, tax-free — and the world’s interactions with the Kingdom of Saudi Arabia.

The documentary mentions how opinions trump facts in the art world, and for Koefoed, who spoke about the documentary during a recent panel for the International Documentary Association, that was certainly tricky to tackle as a documentarian. There were elements of the story he knew he would never answer and, thankfully, there were several stories found within the orbit of the “Salvator Mundi” that became the springboard for discussion. But Koefoed said he never wanted to lose sight of the fact that the painting was paramount.

Koefoed talked about how many times he wanted to show the painting onscreen. Initially, he thought he wouldn’t show it at all but didn’t know if an audience would be able to connect or understand the allure it had without seeing it. Because of who owns the painting now Koefoed, himself has never set eyes on it but felt it was easy to see why people were so drawn to it, even from photographs.

The material was so rich that the filmmaker considered a series, Koefoed told Anne Thompson earlier this year, but opted to wrangle the complex narrative into a two-hour movie instead. That was partly because the Danish team was trying to keep ahead of the competition. Koefoed discovered that the BBC had been pitched the idea by eight other directors.

“We were a little bit ahead, because we had already done interviews with the key characters,” he said. “It’s something that you have to deal with when you make a film about something that is creating headlines, [that’s] so obvious to turn into a film.”

Koefoed has decided not to weigh in one way or the other on whether the painting is real. “I decided to remain open,” he said. “And not share my thoughts about it. It’s more interesting to let the audience decide what they believe. I’m not an expert at all, I understand both sides, I can see their points. And I can at one time, believe one thing and then the other time, the other thing.”

Watch the full IDA panel above.

This Article is related to: Film and tagged Documentary, Ida, International Documentary Association, The Lost Leonardo