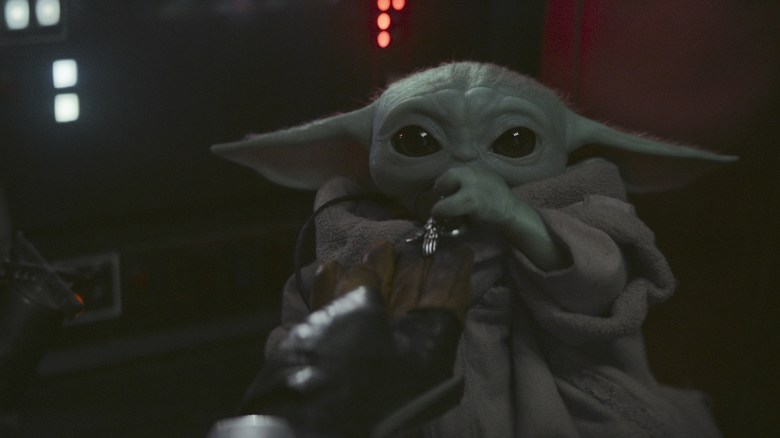 I don’t care if it’s a child, Baby Yoda is bad news.

The Disney+ drama series “The Mandalorian” had a big night at the Creative Arts Emmy Awards on Wednesday night, winning five awards off of 10 nominations, edging out even HBO’s “Watchmen” as the most decorated series of the evening.

And though I have plenty of positive regard for how the series delves deep into “Star Wars” lore and provides fun for the entire family, Wednesday’s events still leave me concerned about what’s to come, particularly when it comes to Sunday night’s Primetime Emmy Awards.

Here’s what we know about the 2020 Primetime Emmy Awards race for Outstanding Drama Series:

HBO’s “Succession” is the presumptive favorite, after a slow start in its first Emmys go-round last year. Critical acclaim, off-season Guild recognition, an increased Emmy profile, and inner-industry buzz all suggest that this is the series to beat.

But if not that, then Netflix’s “Ozark.” A grower, not a show-er, the series has only grown in the esteem of the Television Academy over its three seasons. “Ozark” scored five nominations in its first season, nine in its second, and 18 this year.

Of course, Netflix also has “The Crown” always lurking in the background, waiting for an opportunity to strike. A perennial favorite of voters, the show’s best shot at the award previously was for its first season, where it lost a head-to-head battle with Hulu’s “The Handmaid’s Tale,” in a year in which “Game of Thrones” was not competing.

Then there are those people who would try to convince you that AMC’s “Better Call Saul” was still in the running for Drama Series. But if “BCS” couldn’t manage to nab a nomination for lead actor Bob Odenkirk this year, not to mention superb supporting actress Rhea Seehorn in any year, it seems unlikely to carry enough heat to take this category.

And, yes, there are other shows nominated, BBC America’s “Killing Eve” and Netflix’s “Stranger Things,” plus previous winner “The Handmaid’s Tale,” but there’s only one show that serves as a true threat to win both the category and the integrity of the Primetime Emmy Awards as a whole.

Which brings us back to “The Mandalorian.”

Which is a long way of saying we need to, yet again, talk about “Game of Thrones.”

Ever since the dragonlore series flew into the winner’s circle in 2015, it had a virtual stranglehold on the Drama Series category, with other shows only having a reasonable shot at winning in years where “Game of Thrones” simply wasn’t eligible.

And while before “Game of Thrones” established its dominance, certain shows would go on winning streaks — after all, AMC’s “Mad Men” won four consecutive years — the shows you saw winning Outstanding Drama Series were often smaller, more contemplative, with far, far less full-frontal female nudity. (Give or take a “Sopranos.”)

It wasn’t until Season 3 that “Game of Thrones” earned as many Emmy nominations (16) in a single season as “The Mandalorian” garnered this year (15). More than that, even if it doesn’t win another Emmy this year, “The Mandalorian” has already taken home more trophies (five) than “GOT” did in many of its early seasons (Season 1: two; Season 2: six; Season 3: two; Season 4: four). With Season 5 came double digit wins and a changed TV landscape.

So here “The Mandalorian” sits as a bellwether; a clear favorite of below-the-line voters who make up the lion’s share of voters, significantly outnumbering the actors, who represent the largest single peer group of the voting body.

“Game of Thrones” is gone, but what will take its place? Will we return to the days of traditional drama seen pre-2015 or do we exist in a new age of populism, where Outstanding Drama Series is an accolade for the largest, most expansive, most elaborate, most most series on TV?

For more Emmy handwringing, make sure to check out this week’s episode of IndieWire TV podcast “Millions of Screens” to hear hosts Deputy TV Editor Ben Travers, TV Awards Editor Libby Hill, and Creative Producer Leo Garcia bicker over what shows have the high ground in the drama races, and make their predictions for who’ll be the last drama series come September 20. In keeping with ongoing social distancing mandates, this week’s episode was again recorded from the comfort of everyone’s respective Los Angeles-area apartments, and we’re again offering viewers a video version of the podcast, as embedded above.

As if that weren’t enough, stick around as Travers and Hill break down the first ceremony of the Creative Arts Emmy Awards, as yet unaware of how weird things would ultimately become with the nightly events. Plus, Garcia pitches why he might ultimately pony up for premium Peacock, because he’s ready for some fútbol.

This Article is related to: Awards and tagged Direct, Emmys, Game of Thrones, Millions of Screens, The Mandalorian, Video