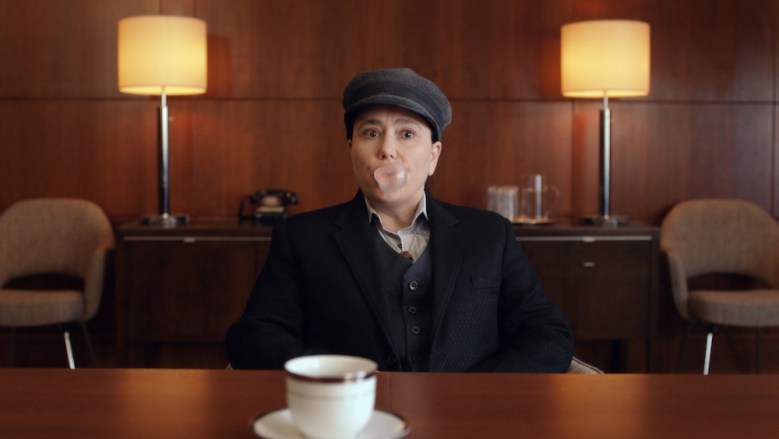 If you’re plugged into the 2020 Emmy race at all, you’ll know there appears to be a heavyweight battle brewing in comedy quarters, between Prime Video sweetheart “The Marvelous Mrs. Maisel” and Pop TV’s scrappy upstart (which just aired its final season) “Schitt’s Creek.”

First, let us set the stage.

Last year’s Emmy race for Comedy Series was an all-timer, with reigning champ “Maisel” facing off against strong offerings from HBO in “Barry” and “Veep,” Netflix’s “Russian Doll,” NBC’s “The Good Place,” “Schitt’s Creek,” and the eventual upset winner: Prime Video’s own “Fleabag.”

This year, the series race looks far different, with only “Maisel,” “Good Place,” and “Schitt’s Creek” eligible, all set to take on a field of new and/or returning competitors. To some prognosticators, the “Maisel” defeat at the hands of “Fleabag” suggested the sprawling 1950s period piece was flagging in popularity, thus setting the stage for another upset victory — this time with “Schitt’s Creek” acting as spoiler for Best Series and, further, in many Comedy acting races as well.

The problem with this logic is that it’s based on a false premise. Such a line of thought presupposes that because “Fleabag” defeated “Maisel,” “Maisel’s” support must be weak. Therefore, “Schitt’s Creek” will defeat “Maisel.” But “Schitt’s Creek” is no “Fleabag,” and the marked uptick in support the fish-out-of-water family comedy has seen in its later seasons doesn’t compare in any way to the near rabid fanaticism sparked by the second season of “Fleabag.”

Also, at this juncture, there’s nothing to suggest that the industry’s love affair with “Maisel” has subsided. Even last year, there was little to support that mindset, with the number of nominations for the comedy actually growing from its first season, garnering 21 nods, compared to 14 the year before. As for wins, the series has won eight Emmy awards in each year of its eligibility to date — keeping pace with its dominant debut year even when “Fleabag” took many of the top honors.

Which brings us to the acting races. While Phoebe Waller Bridge was able to upset Rachel Brosnahan in Comedy Actress, “Maisel” took home Emmys for Supporting Actor, Supporting Actress, Guest actor, and Guest actress in a Comedy Series. This year, there’s little reason to expect different, save for the fact that “Maisel” may well have less direct competition.

It is tempting for some to assume that “Schitt’s Creek,” beloved or no, can make a stand for its final season and get real traction, both in series and associated acting categories, but until nominations arrive, there’s nothing to suggest that the series has gained any momentum against the “Maisel” machine.

For more on the wildness that is the Emmy Comedy acting races, check out this week’s episode of “Millions of Screens” with TV Awards Editor Libby Hill, TV Deputy Editor Ben Travers, and Creative Producer Leo Garcia. In keeping with ongoing social distancing mandates, this week’s episode was again recorded from the comfort of everyone’s respective Los Angeles-area apartments, and we’re again offering viewers a video-version of the podcast, as embedded above.

Stay tuned as the gang tries to make sense of Peacock, the latest entrant into the streaming wars, as well as the imminent arrival of a “30 Rock” reunion and the news surrounding the event that could have been crafted by the satirical series itself.

This Article is related to: Awards and tagged Direct, Millions of Screens, Podcasts, Schitt's Creek, The Marvelous Mrs. Maisel, Video