By Chris O'Falt and Sarah Shachat 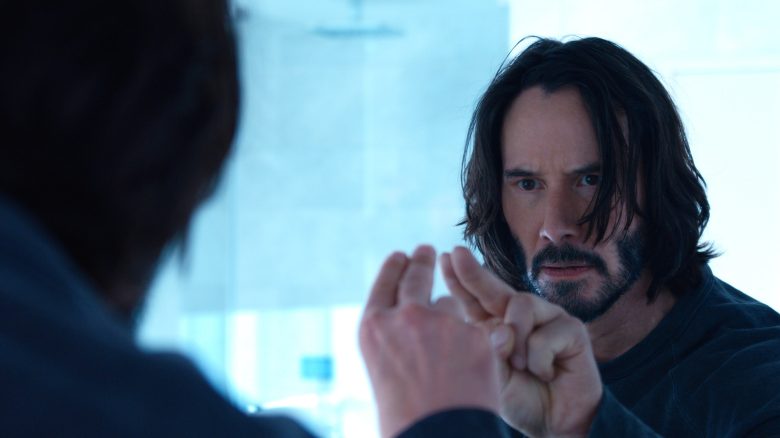 When sound designer Dane Davis first stepped into “The Matrix” in the late 1990s, he decided to do something radical: It would be the first Hollywood production to work in a purely digital postproduction environment. “For me the challenge was finding programs that could produce an aesthetically beautiful texture and feeling,” said Davis. “And still suggest that quantized numerical universe that was the reality as perceived by humans that had evolved and grown up in an analog world.”

As with so much of “The Matrix,” Davis’ innovations in creating the film’s reality-bending soundscape would soon become standard Hollywood practice. But that didn’t stop the Wachowskis and their long-time collaborators from constantly evolving and pushing the filmmaking envelope, as Davis and his fellow “Matrix Resurrections” supervising sound editor Stephanie Flack discussed as guests on IndieWire’s Filmmaker Toolkit podcast.

While on the podcast, Davis and Flack broke down how so many “Matrix” sound staples evolved with the fourth chapter. From bullet-time to the space crafts, from the AI creation of the synthients and sentinels, even the digital code of the matrix itself evolved story-wise in the 60 years — story-wise — between “Revolutions” and “Resurrection.” Yet also what evolved was filmmaking technology and the process of director Lana Wachowski, who according to Flack embraced a more open approach to ADR and dialog editing, such that she would often mix the best visual performance with the best sound performance, regardless of whether they were different takes.

In the video above Flack breaks down the new challenges of mixing the sound-altering properties of bullet time with dialogue and sound effects for the first time, while Davis analyzes how he created the warp sound of Thomas re-entering the rabbit hole in a key early action scene. To hear the full conversation, subscribe to the podcast below:

The Filmmaker Toolkit podcast is available on Apple Podcasts, Spotify, Overcast, and Stitcher. The music used in this podcast is from the “Marina Abramovic: The Artist Is Present” score, courtesy of composer Nathan Halpern, and the score to “C’mon C’mon,” courtesy of A24.

This Article is related to: Film and tagged Filmmaker Toolkit Podcast, The Matrix Resurrections, toolkit-149