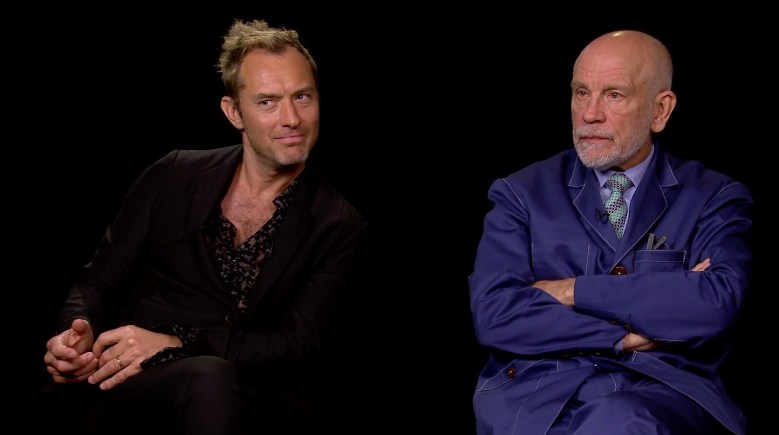 When HBO’s “The Young Pope” launched, the title alone won over the internet. Memes, jokes, song parodies, and more silly gags flooded social media and were only buoyed by the footage from Paolo Sorrentino’s original vision. Not only was the eponymous young pope, played by Jude Law, very young (for a pope), but Lenny Belardo was also very weird (by any standard).

“I think that’s one of the signatures of Paolo’s work,” Law said. “It’s interesting you use the word ‘eccentric’ and you’re right to, but it’s his lens. […] I think he could shine it on almost anyone and see an eccentricity. It’s the details he draws out of characters, and the humor he brings to the observations he makes adds that eccentricity.”

Indeed, Sorrentino’s vision made Lenny’s obsession with Cherry Coke Zero a running joke, his random juggling a curious fixation point, and his control over kangaroos an absolute blast. Law, still, embodied these peculiarities (and many more) with a believable command. Sometimes he would acknowledge the strange thing Lenny just did, and other times he’d go with it.

Following up an internet sensation can be quite the challenge, let alone following a Golden Globe-nominated performance, but Sorrentino pushed forward nonetheless — a fact that surprised his star.

“In the first season, ‘The Young Pope’ as a story was fully formed. There was no discussion as we were making the first [season] of continuing the story,” Law told IndieWire in the joint interview above. “To me, he’d had such an epiphany of sorts, spiritually, that I was quite happy with that ending. […] That was it, as far as I was concerned. It wasn’t until six or eight months later than even the idea had come to Paolo.”

“Of course, it was funny that Jude would play an American pope and I would play an English pope, but I think Paolo did just a terrific job [overall],” Malkovich said. “I think he brought out fascinating things about the church, about spiritual life, and the relationship between these two popes.”

In regard to his odd character, Sir John lives in an English castle with his disapproving parents. Still angry over his brother’s death 40 years earlier, John’s parents blame him for their familial loss and leave him isolated in his own wing of the castle, never speaking to him and spending their days mourning at his brother’s grave. This treatment has had quite an effect on John’s behavior — from his belief that God and the Catholic Church must protect the “fragile” to his hobby for socializing with famous “friends” seeking his approval. (Meghan Markle makes frequent check-ins with John for wardrobe recommendations.)

“Paolo and I talked about it a lot,” Malkovich said of his character’s weirder qualities. “I thought he had to have, besides being an English aristocrat, […] a theological bent, an intellectual bent, a theoretical bent, and a philosophical bent — because otherwise I’m not sure what [his story] would be about. His take on theological matters would obviously be quite different to Lenny Belardo’s take, to Jude’s take.”

For more on the emergence of John Brannox and return of Lenny Belardo, watch the full interview above. “The New Pope” airs new episodes Mondays at 9 p.m. ET on HBO.

This Article is related to: Television and tagged Direct, John Malkovich, Jude Law, The New Pope