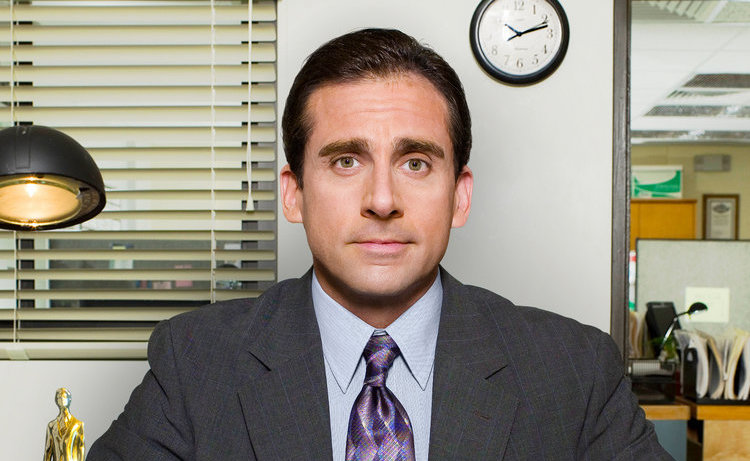 Another day, another batch of numbers purportedly reflecting the state of streaming in the world.

As reported by Variety on Tuesday, Nielsen released its figures for the most streamed film and TV shows of 2020, another vital piece of the puzzle when it comes to calculating just how many people are watching, and what, specifically, they’re consuming when they do.

Leading all streaming competitors with a truly jaw-dropping 57 billion minutes watched is “The Office,” which should come as no surprise to anyone who has turned to the soothing sound of sitcom banter to drown out the screaming existential crisis that was last year in its entirety. These numbers likely come as a dagger to the heart for Netflix, long the streaming home of the series, which made the leap to Peacock on Jan. 1.

But there’s still plenty of good news for the utility streamer, which boasted all 10 of the top acquired series of 2020 streaming, with “Grey’s Anatomy,” “Criminal Minds,” “NCIS,” “Schitt’s Creek,” “Supernatural,” “Shameless,” “New Girl,” “The Blacklist,” and “Vampire Diaries,” suggesting that Netflix is truly where 17-year-old girls and retirees go for all their streaming needs.

Netflix was also home to nine of the top 10 original streaming series of last year. The third season of “Ozark” likely sparked a large portion of the 30 billion minutes consumed by viewers of the series, followed by fellow Netflix running mates, “Lucifer,” “The Crown,” “Tiger King,” “The Umbrella Academy,” “The Great British Baking Show,” “Boss Baby: Back in Business,” “Longmire,” and “You.” But sneaking in at the No. 5 slot is a conspicuous interloper: Disney+’s landmark “Star Wars” series “The Mandalorian,” which scored 14.5 billion minutes viewed.

And it was Disney+ who had the hot hand when it came to streaming films in 2020, with viewers spending nearly 15 billion minutes watching “Frozen 2.” With a running time of 103 minutes that translates to the movie being viewed 144 million times last year — and no, parents with small children, all of those viewings were not exclusively in your home, no matter how it felt. Other Disney+ offerings on the list include “Moana,” “Onward,” “Hamilton,” “Aladdin” (2019), “Toy Story 4,” and “Zootopia,” with Netflix scoring three spots via, “The Secret Life of Pets 2,” “Dr. Seuss’ The Grinch,” and “Spenser Confidential.”

Despite how soothing it might be to see hard numbers when it comes to streaming content, Nielsen’s numbers aren’t without their faults, much like the self-reported numbers released by Netflix. Streamers complaints of Nielsen suggest that the reported numbers don’t accurately reflect users that consume content via mediums other than TV and also point out that Nielsen’s numbers exclusively poll the United States and neglect a much more expansive global audience.

That said, what can we glean from the information as it stands? A few things, actually. For one, since Nielsen ratings of 2020 were limited exclusively to four streaming services — Netflix, Amazon Prime Video, Hulu, and Disney+ — it can’t accurately reflect the true scope of the streaming landscape, even as it’s more than likely that those four streamers remain the most popular options for viewers. With HBO Max doing day-and-date streaming releases of major film releases throughout 2021, there’s definitely an opportunity for a new player in the streaming film game, though only time will tell.

Further, what do these numbers really mean when you break them down? We talked about it a little with the number of times “Frozen 2” was likely streamed, but how does that translate for shows with vastly different episode counts? Yes, “Supernatural” racked up 20 billion minutes of screen time, but the series has more than 300 episodes that are on average 44 minutes long. In comparison, “Schitt’s Creek” managed nearly 24 billion minutes of viewing time for a mere 80 episodes that averaged a running time of 21 minutes each. Now, I’m a writer, so the math is beyond me, but it’s clear enough that minutes invested is not the be all and end all with regards to reflecting consumption accurately.

And yet, it’s better than nothing.

For more imperfect media systems doomed to eventual collapse, check out this week’s episode of IndieWire’s TV podcast “Millions of Screens” as hosts Deputy TV Editor Ben Travers, Creative Producer Leo Garcia, and TV Awards Editor Libby Hill attempt to make sense of last weeks’ Capitol coup, as captured via 24-hour news networks, and what the future holds for outlets like MSNBC and Fox News as the current administration clears out and a new batch of leaders moves in.

Plus, stay tuned as we go all-in on the NFL on Nickelodeon, the only place you can see an end zone get slimed and animated CTE in one place. Where will this era of corporate media synergy lead? Who can say, but we hope it ultimately includes Calvin and Hobbes and the Australian Open.

This Article is related to: Television and tagged Direct, millions-of-screens-64, Netflix, The Office, Video