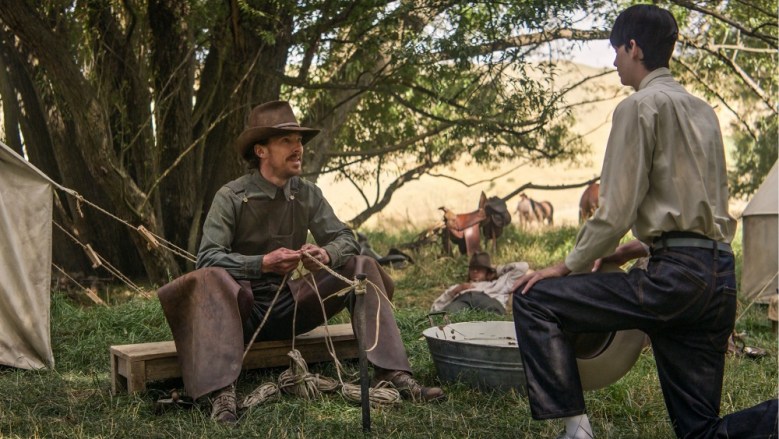 When the character of Peter (Kodi Smit-McPhee) returns just past the halfway mark in Jane Campion’s new Netflix western, “The Power of the Dog,” the film walks a tonal tight rope. The young man knows he is the object of scorn and ridicule of Phil (Benedict Cumberbatch), an angry, repressed homosexual who is also drawn to him.

The film’s second half sees the two men brought somewhat closer together, but against a mounting sense of unease and foreboding. It was a delicate balance that Campion talked about on IndieWire’s Filmmaker Toolkit podcast.

“We had to be thoughtful about it all the time – how much we wanted to foreshadow, what was about to happen, how much the mystery of the film was important,” said Campion. “Letting things be unsaid, letting people wander, but it also has to be authentic, in the sense that you’re not just being mysterious for the sake of it.”

In the video above, Campion breaks down one of her favorite scenes between Phil and Peter, a moment in which she admits that neither the characters nor their director fully understand their motivations.

Editor Peter Sciberras was also on the podcast, and in the video above breaks down the key narrative changes made in the editing room to keep the charge between the two characters amped, but without a sense of release or resolve.

To hear the full discussion, subscribe to the podcast below.

This Article is related to: Film and tagged Filmmaker Toolkit Podcast, Jane Campion, The Power of the Dog, toolkit-143