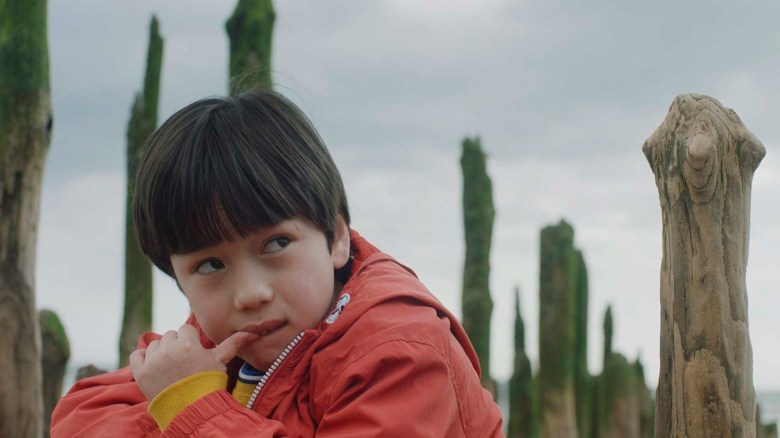 Naoki Higashida’s book “The Reason I Jump,” which he wrote at the tender age of 13 and vividly describes how he experiences life as a non-verbal autistic person, is the basis for director Jerry Rothwell’s documentary of the same name. Its road to the screen, however, began with novelist David Mitchell (“Cloud Atlas”). Parents of a son with ASD (Autism spectrum disorder) Mitchell and his wife, who is Japanese, came across the tome when researching sources to broaden their understanding of their child’s relationship with the world.

Impressed with Higashida’s first-hand insights taking the form of around 50 questions frequently asked about autistic people, Mitchell first started translating passages of the text from Japanese to English to share with those who interacted with his son. Eventually, his publishers became interested and a formal translation came to be.

“Many of the books we’d found about autism and autism parenting in English were written either by academics who had studied autism for many years or by the parents of autistic kids like us, or by — I dislike the word, but I can’t think of a better substitute right now — high-functioning autistic people who were young adults or adults writing about autism from their perspective. What we didn’t have was any firsthand insight by a non-verbal autistic young person closer in years to our son than say to ourselves,” Mitchell said during a virtual Q&A as part of the International Documentary Association’s annual screening series.

Early on in the process of creating a documentary based on such a profoundly personal book, Rothwell met with Higashida, who agreed to the adaptation so long as he didn’t have to appear in the film. Not having the writer in the picture pushed the director into a more unique creative zone to figure out how to make it a reality. Part of that was to take the concept and expand it globally. His take on “The Reason I Jump” includes the stories of young people with autism in places as distant as Sierra Leone and the United States.

“Creatively, the difficulty was, ‘Okay if we’re going to use Naoki’s words as a way of helping immerse us in the lives of different non-speaking people around the world…How do we make sure that those people are not just illustrations of Naoki’s book?” explained Rothwell. Watch the video of Rothwell and Mitchell’s interview with Editor-at-Large Anne Thompson above.

The filmmaker decided that in order to achieve that tall order, he would allow the observation segments following the daily lives of people living with non-conversant autism to exist on their own, and create another place for the book to be represented in the film. This way the real-life stories that comprise the project didn’t have to be directly tied to or illustrate the text. With that in mind, Rothwell cast Jim Fujiwara, a young non-speaking autistic Japanese boy who lives in the U.K. Fujiwara plays Higashida as he was when he wrote the book, giving the film another narrative plane.

Since the source material serves as an immersive window into Naoki’s sensory world, as it describes how he perceives details and how sounds appear to him, Rothwell aimed to replicate that as much as possible in his visual interpretation. This unconventional worldview was based on Naoki’s account, of course, but also an advisory group of autistic people that the team put together so that they could provide feedback on these ideas. For Rothwell, whose previous efforts were story-driven, working on a mostly non-verbal piece without a linear story was challenging.

“What we didn’t want to do is impose a set of images on this text. We wanted to spend time with people, kind of immerse ourselves in their world and find within those worlds, the imagery and the sounds that could bear out some of Naoki’s ideas…So it was very much like a tiny crew…and we spent time with people and really kind of hung with them as we observed that world…When it came to an edit, [it was a] bizarre situation of like pretty much any shot could have followed any other shot. So it was kind of an unusual edit because it didn’t have a kind of story drive to it, but it has a shape and tension to it, but there’s no narrative tension,” added Rothwell.

This Article is related to: Film and tagged International Documentary Association, Jerry Rothwell, Naoki Higashida, The Reason I Jump