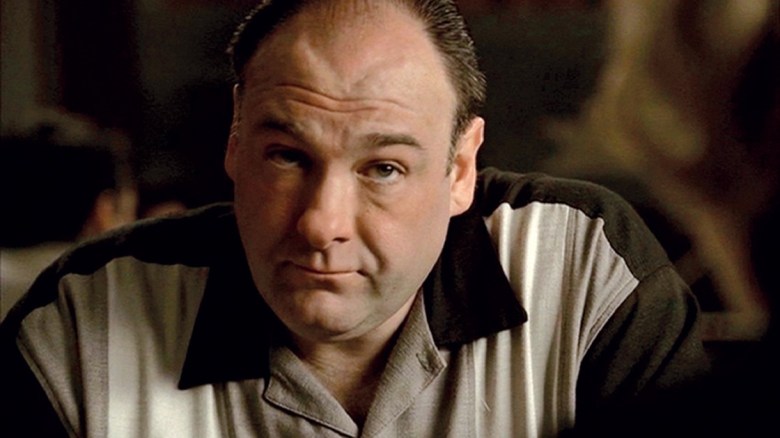 When it comes to social media skirmishes, the vast majority can be classified as tempests in a teacup. Twitter, in particular, with its forced brevity serves as a particularly fecund petri dish, where the most inane opinions from the most uninformed of authors can ruin the day of anyone within retweet range.

So it went last week, when a moderately popular political pundit decided to answer a question that no one had asked, regarding his feelings about the modern era of television. The (since deleted) tweet stated that no one had made a TV series as good as “The Sopranos” (1999-2007) or “The Wire” (2002-2008) in the years since they ended. It’s an opinion as ludicrous as it is unquantifiable, and it unsurprisingly got under the skin of many impassioned TV fans, including friend of the pod Michael Schur, co-creator of “The Good Place” and “Brooklyn 99,” who wrote: “People kept sculpting after Michelangelo finished the David. If you don’t like any other sculptures that’s kind of on you.”

If there is one silver lining to this social media morass, it’s that it offers an opportunity to expand the discussion into something more meaningful. Specifically, we have a chance to examine two diametrically opposed views of the modern TV canon.

On the one hand, you have individuals who think like the author of the original tweet, espousing the idea that TV hasn’t been good since [insert variable era here.] The time period will change depending on the person, often (but not always) aligning with the last time the individual meaningfully engaged with the medium in question, but the sentiment behind the statement is always the same. Simplified: “Nothing is as good as what I remember.”

On the other end are a strange mix of optimist-cynics, who struggle to see the value of artistic endeavors once culture has moved beyond them. These are the people who eschew black-and-white movies and who are pained when they attempt to watch a multi-camera sitcom, because what value could there be in a live studio audience? But they also see the brilliance at work in series that strive to break new ground and push boundaries, confident that what we’ve learned from shows that have come before all but guarantees that innovative new series will be qualitative improvements.

As so many absolutist stances are, both positions are untenable on their own, and the truth of the matter lays somewhere in-between.

Michael K. Williams as Omar in “The Wire”

In the 20th century, the TV canon as we understood it ran deep, but not wide. TV had created plenty of classics, but more often than not, these shows existed in similar universes, primarily focused on Caucasian nuclear families or predominantly white workplaces and bent towards the episodic, as opposed to the serialized.

When “The Sopranos” debuted in January 1999, it introduced the age of the antihero, delving into stories about complicated characters (meaning: complicated white men) who brought out an empathy and understanding in audiences, while simultaneously chastising viewers for aligning themselves with monstrous, yet recognizable people.

It was the Era of HBO Davids, featuring three of TV’s finest shows — “The Sopranos” (created by David Chase), “The Wire” (created by David Simon), and “Deadwood” (created by David Milch) — and suddenly the much maligned medium was deemed worthy of creating high art, which brings us back around to the tweet that started this entire affair.

As much as some would like to believe it, David Chase and “The Sopranos” didn’t invent great TV, nor did great TV stop being produced after the show’s conclusion in 2007.” Hell, even if you only have the capacity to consider shows about complicated white men as “great TV,” you’re completely overlooking AMC’s “Mad Men,” which debuted six weeks after “The Sopranos” exited the stage. Network stablemate “Breaking Bad” arrived the following year, as did the original “In Treatment” on HBO.

TV was always great. It never stopped being great. It is still great.

But why, for some, does it feel otherwise?

First, an Emmy Awards factoid. We’ve (I’ve) talked a lot about this year’s Primetime Emmy Awards, where Netflix took home two of the top prizes, awards for Outstanding Limited Series and Outstanding Drama Series, and while the feat felt both inevitable and overdue, it’s remarkable for reasons beyond the obvious.

In 1999, “The Sopranos” earned an Emmy nomination for Outstanding Drama Series. It was the first time a cable series had been nominated in the category. It was also the first cable series to win the award in 2004. After the show won in 2007, the Drama Series prize went exclusively to cable shows, first “Mad Men,” then Showtime’s “Homeland,” “Breaking Bad, and, of course HBO’s “Game of Thrones.”

And in 2017 that decade streak was broken by Hulu’s “The Handmaid’s Tale,” the first streaming series to be nominated for and consequently win the award for Drama Series. After 50 years of network TV dominance, “The Sopranos” broke through, bringing with it a cavalcade of prestige cable dramas. Just 10 years later, streaming would make the leap to the big leagues, giving cable dramas a run for their money.

Which is all to say that the TV landscape is changing faster than any of us can truly comprehend and the expansion of the field, thanks in large part to streaming services, means that there has never been a better time for individuals to find a TV series that truly speaks to them, no matter how far removed they are from society’s misguided status quo. There’s never been a moment where it’s more likely for every person to have a TV series they truly love. It’s just that the content flood of Peak TV dilutes the pool in such a way that great shows inspire less chatter because there’s a smaller audience, while also having more direct competition, making it all the more difficult for the every(wo)man to sort the signal from the noise.

Art is inspiration and aspiration. It’s The Beatles’ “Rubber Soul” inspiring the Beach Boys’ Brian Wilson on “Pet Sounds” and “Pet Sounds” inspiring The Beatles on “Sgt. Pepper’s Lonely Hearts Club Band.” Art should be evaluated on its own terms, in its own time, viewed as what it was at the time of its conception. It is not a competition. It’s a conversation.

For more on a pointless tweet that turned into an intriguing thought experiment, tune in to this week’s episode of IndieWire’s TV podcast “Millions of Screens” with Creative Producer Leo Garcia, TV Awards Editor Libby Hill, and Deputy TV Editor Ben Travers.

Plus, check out our spirited discussion of the latest Mike Flanagan Netflix limited series, “Midnight Mass,” in addition to finally breaking down Ben’s spirit to the point that he explains [redacted] for everyone.

“Millions of Screens” is available on Apple Podcasts, Breaker, Google Podcasts, Spotify, and Stitcher. You can subscribe here or via RSS. Share your feedback with the crew on Twitter or sound off in the comments. Review the show on iTunes and be sure to let us know if you’d like to hear the gang address specific issues in upcoming editions of “Millions of Screens.” Check out the rest of IndieWire’s podcasts on iTunes right here.]

This Article is related to: Television and tagged Millions of Screens, Podcasts, The Sopranos, The Wire