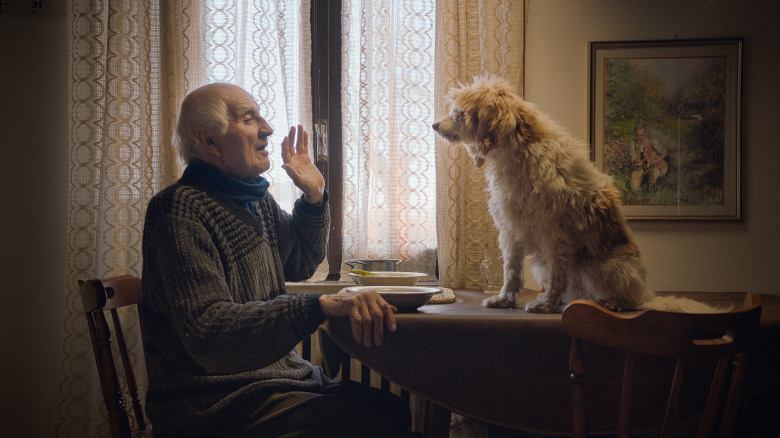 After they finished editing their previous feature “The Last Race,” directors Michael Dweck and Gregory Kershaw decided to take separate trips with their families to decompress. However, they serendipitously found themselves in Montferrat, an area in the Piedmont region of northern Italy. While there, the duo learned about a group of mysterious men who scour the woods for the highly coveted white Alba truffle. The result is their latest award-winning doc “The Truffle Hunters.”

“Gregory and I are both curious about communities that are steeped in tradition and communities that haven’t been that affected with the pull of the modern world,” said Dweck, during a Q&A as part of the International Documentary Association’s annual screening series. No one wanted to talk to them about the truffle hunters. But over the course of many months, they slowly chipped away at the layers of secrecy. “Everything is a secret, where the truffles are found, where they’re sold,” added Kershaw.

“We had to become friends with them and gain their trust. And that was, I think, why the film took so long because before we really could start rolling the camera and before we could start really doing the filmmaking, we had to build relationships, build friendships with the people that we were filming.” Along the way they also met plenty of fake truffle hunters that would put on a show for tourists, planting the delicacy and pretending to find them. Watch the video of the directors’ full interview above.

The real hunters, however, made them pay their dues. The directors recalled one of their earlier outings with them, which took them to a muddy cliff while carrying heavy and pricy equipment. Under those strenuous physical conditions, the directors thought they would not make it out alive. But once they were accepted as family, some, not all, of the walls came down. “I don’t think they ever took us to the real spots,” noted Dweck.

In addition to getting to know the human hunters, the filmmakers wanted to bring the audience into the dogs’ perspective. To do that, they worked with an Italian cobbler to make small harnesses to put GoPro cameras on the animals. The footage was revelatory not only because it showed how the truffles are found, but because it provided insight into the relationship between the men and their companions.

“The truffle hunters would have conversations with their dogs while they’re alone in the middle of the woods in complete darkness. And they would start talking to them about what was going on that night. Sometimes talking to them about deeper things as you see in the film,” said Kershaw. The bond between them was so profound, that the hunters developed a special language with their dogs. These weren’t real words, as the filmmakers’ translator confirmed, but a special way of communicating.

It was also thanks to a furry friend that Luca Guadagnino came on board as a producer. The acclaimed Italian director behind “Call Me By Your Name” and the recent series “We Are Who We Are” is the proud owner of a truffle dog, Romagnolo, and was interested in the subject because he bought a piece of land in a truffle region. Through another producer in the project, Dweck and Kershaw were able to send him a sizzle reel and got a call back. “He looked at our cuts and he gave us notes. He’s been very helpful,” added Dweck.

Ultimately, what the directors wanted to show was the emotional truth of this world rather than concentrating on the facts. For that to happen, they aimed to create parallels between the two different realms that are at play in the story: the truffle hunters and the consumer, with the truffle dealers that connect them. What they discovered, particularly with the hunters, was life-affirming.

“They’re very humble people…and I don’t think they think of their lives as being extraordinary, as we immediately did when we came into contact with them,” noted Kershaw. “But they also realized that they have something very special in this world. They see all the changes that are happening in the world around them, and they they’ve held on to this connection with nature, they’ve held onto this connection with their communities, with their families. And I think they know that that’s really rare in the world right now.”