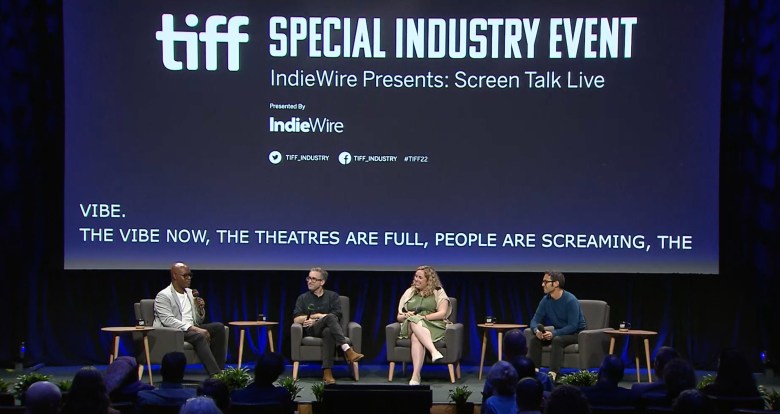 It’s been a long two-and-a-half years for the Toronto International Film Festival. In 2020, the pandemic-stricken TIFF had to make do with local audiences and drive-in movies like much of the festival circuit; last year, with the omicron surge on the horizon, international attendance was still minimal. Now, TIFF is back with a purpose, crowding theaters for major fall titles as filmmakers and industry insiders have flocked to the festival in large numbers.

TIFF CEO Cameron Bailey took a break from his busy schedule to drop by a live recording of IndieWire’s Screen Talk podcast and explain how the response this year has confirmed the festival’s role in the overall ecosystem.

Screen Talk host Eric Kohn was joined by fellow IndieWire staffers Kate Erbland and David Ehrlich for the live episode, which was attended by an accredited audience at the Glenn Gould Studio in downtown Toronto. Prior to Bailey’s arrival for the episode, Kohn, Erbland, and Ehrlich discussed many of the highlights from this year’s program, from “All the Beauty and the Bloodshed” to “Bros,” and awards season buzz.

Note that this episode took place before several other TIFF premieres, including “Glass Onion: A Knives Out Mystery,” and “The Fabelmans.” For more of IndieWire’s TIFF coverage, go here.

This Article is related to: Film and tagged Festivals, Podcasts, Screen Talk, TIFF