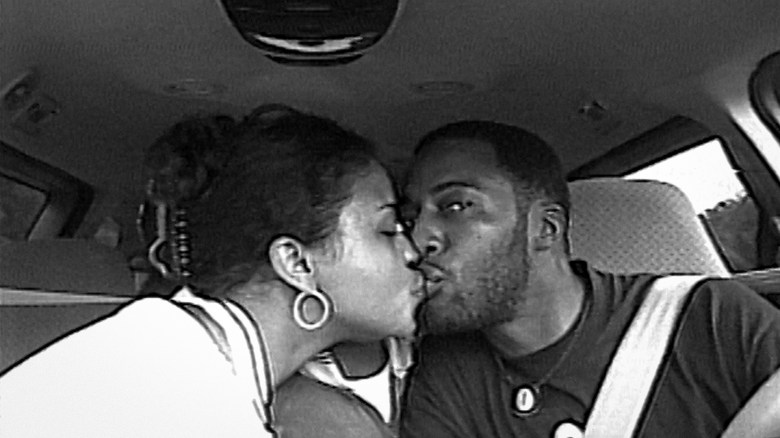 Director Garrett Bradley first met Fox Rich, a resilient woman fighting to free her husband serving a 60-year sentence, during the making of the filmmaker’s 2017 documentary “Alone,” about the ripple effects of incarceration on families. Her latest work, “Time,” which won the Directing Award for Documentary at Sundance this year, began as a 13-minute short film centered on Rich’s story. Initially, Bradley envisioned it just as a companion piece to “Alone.”

But once she was done shooting footage for the short, Rich handed her a bag of years’ worth of her family archive on mini DV tape, which she had been shooting since the ’90s. The gravitas of that responsibility, someone entrusting her with physical material containing precious and painful memories, pushed her to make an entire feature film on Rich, her loved ones, and their plight.

“I thought it was really important to find ways to extend the conversation around incarceration in a way that was familial and emotional and inherently feminist and Black and Southern,” Bradley said during a Q&A as part of the International Documentary Association screening series.

“It was a hundred hours of footage,” the director recalled. For the first time in her career, Bradley decided it was necessary to enlist an editor to help her with the film. That’s how seasoned editor Gabe Rhodes (“Matangi/Maya/M.I.A”) came on board. For Bradley, the deeply personal material Rich provided was a gift that would ensure she could transmit aspects of her personality and that of her family that otherwise would have been absent from the project. Watch the video of Bradley’s interview with Editor-at-Large Anne Thompson above.

Although Rich’s tapes were in color, Bradley went back and forth on the best visual approach for the film. “I ultimately felt like going to black-and-white really connected conceptually with this idea of time,” she explained. The formal decision also helped the textures of the archive material blend with the present-day footage in a uniform manner. “The black-and-white kind of helped it to feel more like a river and less of a collage,” she added.

Bradley’s approach to storytelling, one that’s closer to lyrical poetry than straightforward narrative construction, also relates to the larger themes she grapples with in “Time.”

“When you think about incarceration and when you think about the effects of a 60-year sentence, for instance, there’s an opportunity to, in the context of filmmaking, try to evoke a feeling that is just as powerful as a ‘fact,’” she explained. “In my mind, images and emotion and the way in which images make us feel becomes fact, and they stay with us and they live in us just as powerfully as letters and numbers do to a certain extent.”

In turn, one of the most strenuous parts of the editorial process for Bradley was deciding how to handle the details behind Rich and her husband Rob’s case. It was a question of to what extent they would delve into whys and how to balance that with the consequences of the events. And an important thing to remember, Bradley noted, is that Louisiana, where the incident that sent them both to prison, incarcerates people at a higher rate than the rest of the world.

“I would like to answer it in two ways. One is to say that the film is functioning off of the premise that it is just as much about the effects of incarceration as it is about the facts, and what actually happened and what caused these things, wanting people to understand what this means for family members and what it means for love and for Black unity. The other way of answering it is to say that racism is a really hard thing to explain in legal terms. In fact, I don’t think you can legally prove racism.”