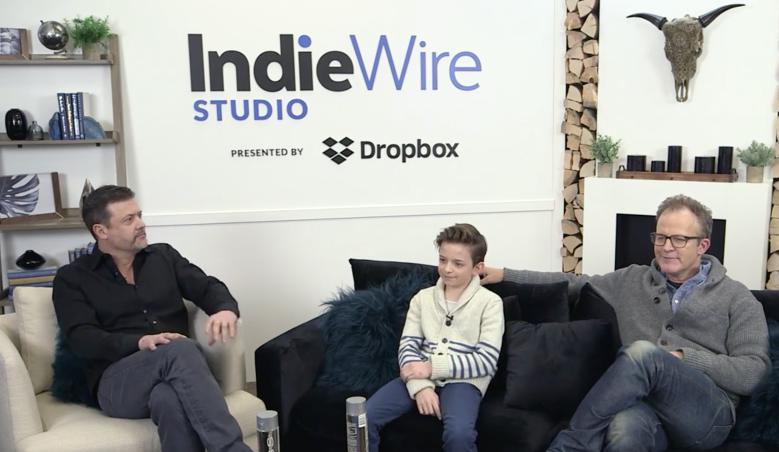 Filmmaker Tom McCarthy returns to screens with his first film since his “Spotlight” won Best Picture at the Academy Awards in 2015 — and this time it’s for streaming service Disney+ with the kid-friendly feature “Timmy Failure: Mistakes Were Made.” McCarthy’s foray into family fare is adapted from the novel by Stephan Pastis, who co-wrote the screenplay for the film with McCarthy. It follows the title character (Winslow Fegley) and his 1,500-pound polar bear partner as they operate a Portland detective agency. McCarthy, Pastis, and Fegley stopped by the IndieWire Studio, presented by Dropbox, at the Sundance Film Festival in January to discuss the film, which you can now watch on Disney+.

McCarthy is no stranger to working with streamers, as he previously executive-produced and directed two episodes of the hit Netflix series “13 Reasons Why,” created by Brian Yorkey. He told IndieWire that Disney gave him total creative control over “Timmy Failure: Mistakes Were Made,” which after indies such as “Spotlight,” “Win Win,” “The Visitor,” and “The Station Agent,” has the potential to be his farthest-reaching film yet. (Let’s not talk about 2014’s “The Cobbler,” starring Adam Sandler, a notorious bomb.)

“I’ve worked with those guys over the years, but never writing and directing, and I think they were really excited about this movie. They felt like it had an original voice, tone, and structure, and now more than ever they’re really searching for films that push the boundaries of what people are used to with them,” McCarthy said of teaming with Disney. “They really gave me a lot of leash to go do that. We’re making it for Disney+ but we shot it like a movie. We had everything we needed along the way, and cast who we wanted.”

That cast included Winslow Fegley, an 11-year-old actor previously seen on such series as “The Good Doctor” and “Fast Layne.” “It’s the one time in my life I felt I couldn’t go into pre-production until I had a better handle on casting that role,” McCarthy said of Fegley’s title sleuth character. “We saw hundreds of young men for this role, and it’s a tricky role to get right…and luckily we found Winslow in the nick of time.”

McCarthy is currently in post-production on the drama “Stillwater,” starring Abigail Breslin and Matt Damon, and releasing in November.

This Article is related to: Video and tagged Direct, Sundance, timmy failure: mistakes were made, Tom McCarthy