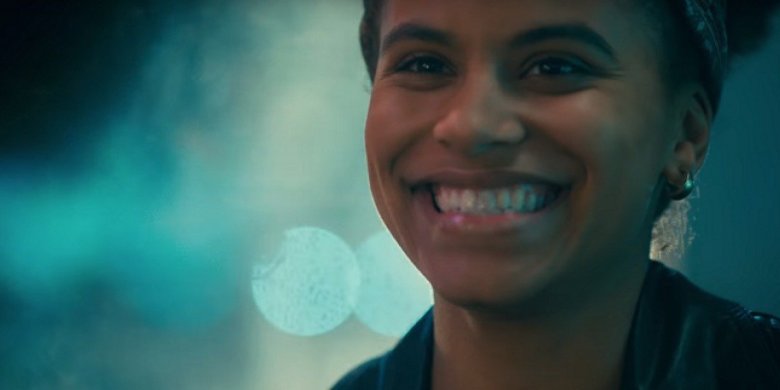 The debate over Zazie Beetz’s fate in “Joker” came to an end last month when cinematographer Lawrence Sher said her character, Sophie, was not killed by Joaquin Phoenix’s Arthur. Director Todd Phillips keeps Sophie’s fate purposely ambiguous in the movie. After Arthur enters her apartment and it’s revealed she does not know him (their relationship in the film has, up to this point, been Arthur’s fantasy), Phillips cuts to Arthur walking away in the hallway. The cut has left fans wondering whether or not Arthur killed Sophie.

“Todd makes it clear she wasn’t killed,” Sher said about the mystery. “Arthur is killing people who’ve wronged him in a certain way, and Sophie never wronged him.”

IndieWire recently asked Phillips about Sophie’s fate during a video interview with Anne Thompson, to which the director doubled down on the answer that Sophie is alive at the end of “Joker.”

“He doesn’t kill her, definitively,” Phillips said. “As the filmmaker and the writer I am saying he doesn’t kill her. We like the idea that it’s almost like a litmus test for the audience to say, ‘how crazy is he?’ Most people that I’ve spoken to think he didn’t kill her because they understand the idea that he only kills people that did him wrong. She had nothing to do with it. Most people understood that, even as a villain, he was living by a certain code. Of course he didn’t kill this woman down the hall.”

The apartment scene is the last time Zazie Beetz is seen in “Joker,” but Phillips revealed there was an additional beat planned for the film that would have not left Sophie’s fate up for debate. The director said the script included a cutaway moment during Arthur’s interview with Murray Franklin (Robert De Niro) that showed Sophie watching the discussion on television. The shot would have confirmed outright that Arthur did not kill Sophie. Phillips cut the moment because he only wanted the movie to be told from Arthur’s point of view, and cutting to Sophie would have disrupted the film’s narrative structure.