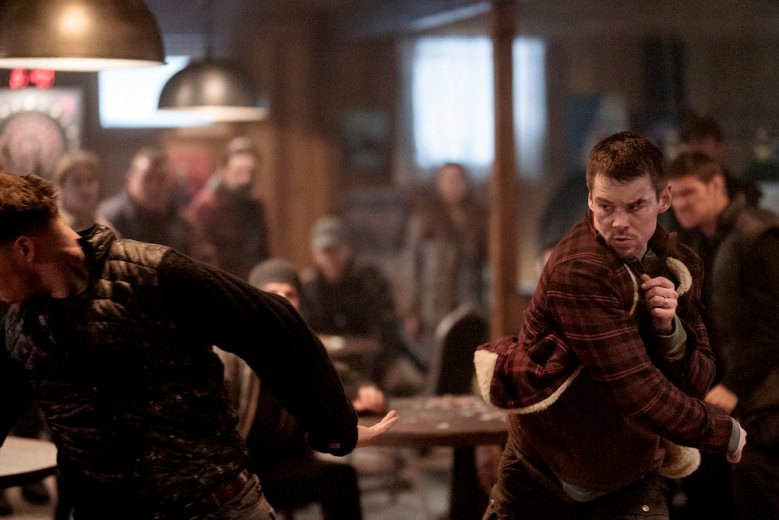 “You never want to crash a car twice.”

This is how Buster Reeves, stunt coordinator and second unit director on USA’s new Bourne spinoff “Treadstone” succinctly described the “measure 20 times, cut once” aspect of coordinating a huge stunt spectacle, like the car chase through Paris streets he helped pull off in the show’s second episode, “The Kwon Conspiracy.”

The crew replicated the entire sequence on a runway they designed to mimic the streets they knew they’d be shooting on. “Everyone thinks of stunt guys as big dumb jocks, but we’re actually quite educated, and there’s a lot of planning and preparation and engineering that goes into each individual stunt,” he said.

When asked how the show’s fight choreography would compare to the movie series’ trademark shaky cam style, Reeves said that viewers’ expectations have evolved.

“The Paul Greengrass [style] — the quick cuts, not knowing where you are in a fight, not knowing what’s going on in a fight — I think people are stepping away from that kind of viewing of an action experience,” he said. By contrast, modern stunt work requires more from the stunt performers. On this point, Reeves stated, “we wanted [the audience] to feel as if they’re in the same room as the fight, not in the fight themselves.”

One of the compelling aspects of the stunt choreography on “Treadstone” is that each of the agents occupies a different space in time and place, and their fighting styles follow suit. For example, Jeremy Irvine, who portrays John Randolph Bentley — one of the Treadstone program’s earliest agents — was trained in boxing and era-specific martial arts (predominantly Muay Thai) as not that many people were clued into the vast array of martial arts in the early 1970s. Brian Smith, whose character Doug McKenna is more of a “weapons guy,” was trained as a hockey-style brawler, while Han Hyo-joo’s SoYun Pak would have been trained in Korea, utilizes a mix of Tae Kwon Do and Hapkido.

“We wanted to incorporate everybody’s era and location into what their fighting style would be,” said Reeves.

Reeves, a stunt performer himself who doubled Christian Bale’s Batman in “Batman Begins” and “The Dark Knight” — and then Tom Hardy’s Bane in “The Dark Knight Rises” — was truly impressed by the athleticism of the series’ leads noting that “actors nowadays are far more proficient in stuntwork. […] It’s just another tool in their acting tool belt.”

This Article is related to: Television, Video and tagged Below The Line, Stunt Choreography, Stuntman, Treadstone