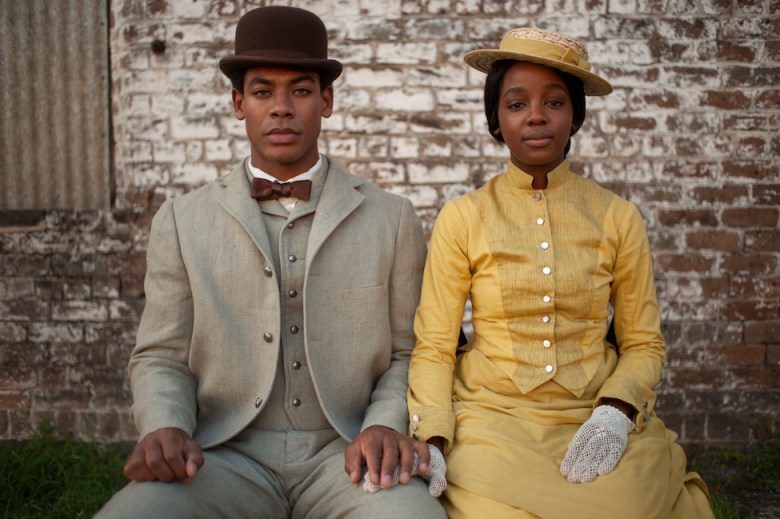 Emmy nomination morning is always such a magical time, full of excitement and surprise, disappointment and sadness, as TV fans learn which of their favorite — and sometimes least favorite — shows have garnered initial approval from the TV Academy, marking them as some of the finest shows the medium had to offer in the past year.

And yet, as a journalist who has invested far too much of her life and associated energies into trying to predict what a wholly unpredictable group of more than 20,000 individuals toiling within the entertainment industry will dub TV’s best, its not so much anticipation that I feel as we enter the final hours before Emmy nominations are announced; it’s dread.

There is a problem with one of the major categories in competition at the Emmys, and it must be discussed.

Then things started to get weird. So let’s go back to what I wrote last year when complaining about the TV Movie category at the Emmys.

And so it stayed until 2011, when a lack of submissions led the Academy to again collapse the categories into one, now titled Outstanding Miniseries or Movie, a move that appears to have personally offended Ryan Murphy so much that he reignited the entire limited series industry. Thanks to an influx of limited series submissions, in 2014, the Academy again reinstated the TV movie and miniseries (now limited series) category split.”

“I May Destroy You”

Clearly, the category has been through a lot, to the extent that this year it sees anthology TV series officially added to the lineup, clarifying some of the muddiness that had surrounded anthology series, both episodic and seasonal, for some time now. But what does it mean for the category at large?

On the one hand, it means an influx of quality programming added to the mix, a permanent home for series, whether limited, like Amazon Prime Video’s “Small Axe” or ongoing, like Netflix’s “Black Mirror,” but the change suggests that stakes in the overall limited series race are going to be higher than ever.

Here’s why that’s going to be an issue, if not now, then eventually.

The TV Academy has a system which determines how many nominees will make up a certain category, as determined by the number of submissions accepted that year. For categories that see more than 240 entrants, there are automatically eight nominations. For more niche categories that draw demonstrably fewer submissions, between 20 to 80, there are five nomination slots.

But there are exceptions, specifically related to the Outstanding Comedy and Drama Series categories.

According to the TV Academy, regardless of how many submissions in either of the above categories, they will both feature eight nominees each. These two groups are often considered two of the top three prizes awarded on Primetime Emmy night (with the third being Outstanding Limited Series, obviously). Well sure, you might tell yourself. Above all others, those are the two categories who must have far and away the most competition.

You might think that. But you would be wrong. This year, with full acknowledgement that it took place during an unprecedented (and ongoing) global health concern, there was a dip in Emmy submissions and ultimately only 133 drama and 68 comedy series were submitted for competition in their respective categories. Were it to follow its own restrictions, that would mean that were they not the categories that they are, Drama and Comedy Series would have boasted only six nominees each.

And it would feel wrong. In these days of bigger tents and more inclusive storytelling, it feels right to have more that five nominees for the biggest categories. Just as an expanded Best Picture lineup allows for more room than the standard fare, the same is true of overall series categories. If the Emmys can’t provide a little extra wiggle room to include the experimental alongside the conventional fare, then why expend all this effort investing in them?

The argument then, is that Limited Series deserves to be on the same level as Drama Series and Comedy Series and further, allowed to enter the rarefied air that would allow the category eight nominees.

Admittedly, part of the this call-to-change is driven by the outstanding lineup of limited series both this year and in recent years, as well as a real fear that some of the year’s best television will go snubbed in categories too hamstrung to look outside the limited and anthology series box. And yes, this year the limited/anthology series category saw only 37 submissions, fully half as many as comedy series, but Limited Series is also a completely different animal.

Here’s why we need to talk about these things now: The popularity of limited and anthology series-style storytelling is not going to get less popular in the years to come — quite the opposite. Streamers and cable giants alike continue to invest much time and money into these limited endeavors, to which they are able to sway marquee stars to a project that has a hard and fast out date.

For all its wisdom, the TV Academy has a tendency to wait until there’s already a problem to attempt to step in and address an issue. We saw this in previous years when “Black Mirror” was optimizing holes in the Emmy process and winning Outstanding TV Movie several years in a row before the organization came to at least a stopgap fix in an attempt to fix where it had fallen short.

Limited (and anthology) series are too important to let languish while TV professionals try and work out the kinks of a system they created. These are big budget, big bandwidth journeys into stories that are often best told in the environs that television provides. This category has an immediacy that other categories lack, due to the fact that a majority of nominees in a given year will not return to fight another day, in another form. For every fourth season of “Fargo” there are a handful of “The Underground Railroad’s” or “I May Destroy You’s” who have only this solitary moment to bathe in the warm glow of the Emmy spotlight.

Fix the limited series category now, academy members, while it’s still an option and not a necessity.

For more anxiety over the state of the Limited Series race, tune in to this week’s episode of IndieWire’s TV podcast “Millions of Screens” with Deputy TV Editor Ben Travers, Creative Producer Leo Garcia, and TV Awards Editor Libby Hill, where Ben and Libby break down their final Emmy predictions before Tuesday’s big announcement. Then, the crew discusses the (only) important TV news that broke this week: the Season 3 teaser trailer for HBO’s “Succession,” returning this fall.