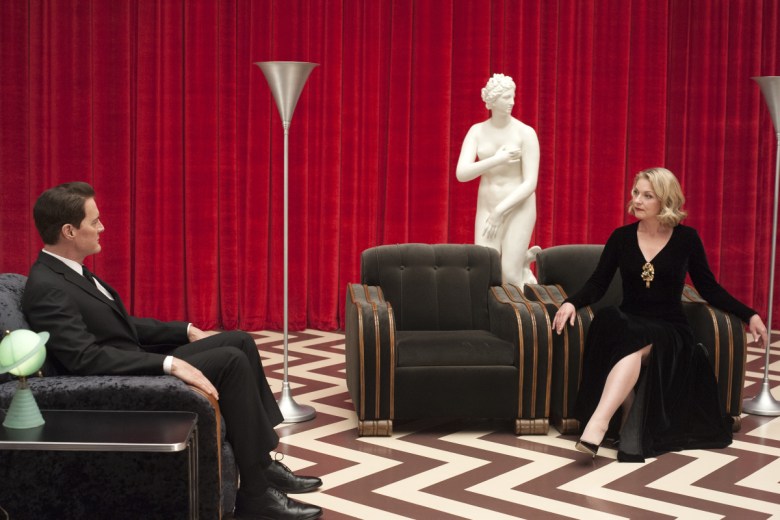 IndieWire has an exclusive sneak peek of one of the many behind-the-scenes videos included the box set. Above, watch a clip of David Lynch in his element from Part 17 of the collection’s “Behind the Curtain” featurette.

“‘From Z to A’ is the definitive box set for avid Twin Peaks fans,” said Ken Ross, Executive Vice President and General Manager of CBS Home Entertainment. “With only 25,000 copies worldwide, this is truly a must-have collector’s item.”

One of the special features in this box set — which is packaged with an exterior adorned by a wraparound vista of Douglas Fir trees and an interior of the infamous Red Room — is the 18-part behind the scenes featurette “Behind the Curtain.” Featuring behind the scenes footage during the making of “Twin Peaks: A Limited Event Series,” each non-narrative piece is approximately 25 minutes and showcases filmmaker and “Twin Peaks” mastermind Lynch’s work behind the camera. Primarily shot by Jason S., most of the footage in “Behind the Curtain” was not shown in Jason S.’s 10 films from the 2017 home video release of “Twin Peaks: A Limited Series” and is exclusive to “From Z to A.”