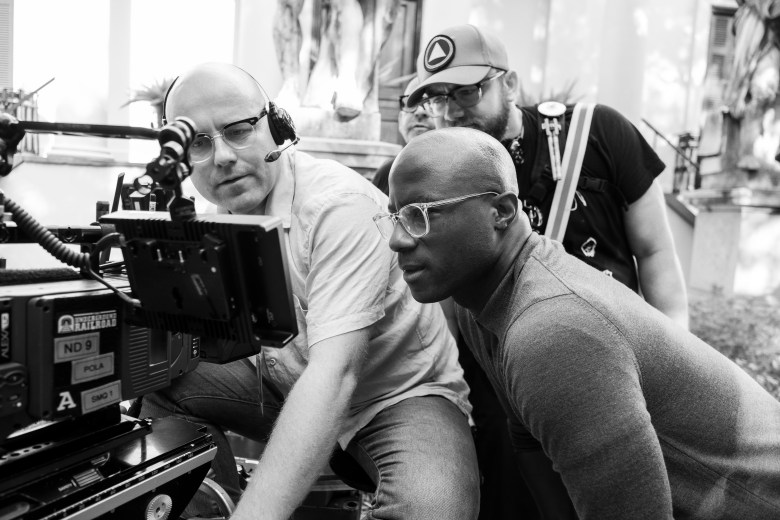 “The Underground Railroad” is an expensive, expansive television series that brings to life the magical realism of Colson Whitehead’s novel of the same name and the epic journey of Cora (Thuso Mbedu) from Georgia to Indiana.

Yet the demands of the 116-day shoot meant that showrunner/director Barry Jenkins and his long-time collaborator, cinematographer James Laxton — who were both guests on this week’s Filmmaker Toolkit podcast — worked in a very similar fashion to their first two low-budget films, “Moonlight” and “Medicine for Melancholy.”

“I don’t know if James admitted this, but I’m going to say it out loud, we shot-designed the first three episodes, Chapter 1, Chapter 2, and Chapter 10, very detailed shot-designed,” explained Jenkins. “Everything else, because the prep caught up to us, maybe on the weekend we’re organizing thoughts — we start our day, we stand around eating a burrito, we organize our thoughts — but it is just go, go. And there’s something, going back to ‘Medicine for Melancholy,’ and maybe ‘Moonlight,’ those kind of felt electric, but because of what was at stake, it was just so immediate. There were things that would happen, that the actors would do, that as a showrunner and as a DP, we would know, ‘Three weeks from now we’re going to do that other thing, let’s just change that whole thing three weeks from now, because this is just so much better.’”

As an example, Jenkins described how one of the final scenes in Chapter 10 was something they only came up with four days before shooting. Laxton added that the filmmakers’ two decade-long partnership had prepared them for this type of approach to the series, both in terms of their instincts, but also in their ability to trust in their shared understanding of the project’s language. It also meant that there was no other way to do the series, and that the director and cinematographer had to shoot all 10 episodes.

“I just felt like on this project, it seemed to sort of ask that of us,” Laxton said of shooting all 10 episodes. “It needed us to be there on a daily basis, and not take a background sort of general role, it wanted something a bit more tangible. I think that’s evident in watching the show, I think you very much see our particular perspectives.”

That’s not to say there wasn’t a tremendous amount of thought that went into the look of the series. Laxton, for his part, said that working with his long-time colorist Alex Bickel created a LUT and distinct look for each stage, represented by a different state (although all of the series was shot in Georgia) of Cora’s journey.

There were also some basic principals to how Laxton and Jenkins would shoot the series that stayed consistent throughout. One of the big decisions early on was to try, whenever possible, to eliminate cuts, and instead rely on longer camera movements and reframing within a shot.

“One of the things that James and I talked about a bit was these people’s bodies were so restricted that their minds must have been so robust,” Jenkins said. “For me, we talk about Afrofuturism [and it] is always talking about things in the future, not things in the past. I think their imaginations must have been extremely robust and camera movement, that dream-like quality, speaks to that.”

To watch Jenkins and Laxton break down the use of camera movement in “The Underground Railroad,” watch the video at the top of this page. To hear the full conversation, subscribe to the podcast below: