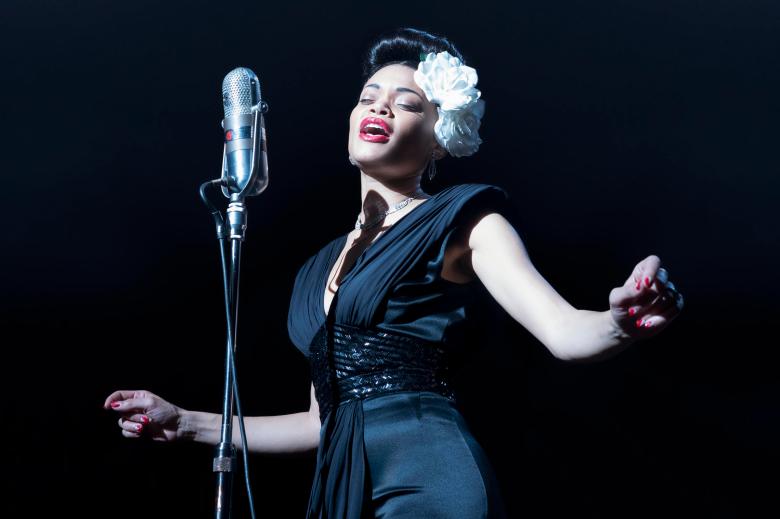 The above video is presented by Hulu and produced by IndieWire’s Creative Producer Leonardo Adrian Garcia.

You can count director Phillip Noyce — and his 10-year-old daughter — among those who have fallen for Andra Day’s Oscar-nominated performance in “The United States vs. Billie Holiday” and for her music as a recording artist.

The “Quiet American” and “Rabbit-Proof Fence” director shared his admiration for Day and had a conversation about the inspiration behind her music career and performance as Billie Holiday for IndieWire. He kicked off the conversation remarking about the adoring comments on the YouTube video of Day’s “Rise Up,” the 2015 Grammy-nominated song she co-wrote. Many fans wrote that the song gave them strength.

“Obviously, you have that strength in you, just like Billie Holiday did. Where did it all begin for you?” Noyce asked.

Day says even now she deals heavily with “imposter syndrome,” and that she’s found inspiration from her parents, who always put their best foot forward even when they were uncomfortable. “My father, he always reminded me, you were either in something or you’re out. There was no grey area,” she said.

A decade into her music career, Day has realized an unusual opportunity to play her idol. Day took her stage name in honor of Billie Holiday, whose nickname was “Lady Day.”

“My musical identity really started with Billie Holiday. At 11, 12 years old is when I first discovered her. She had such a different tone. Her singing voice, everything was so different. It didn’t sound anything like Whitney or Gladys or Aretha. I was really enamored because it seemed like a voice that was going to fall apart at any moment, but never did. She changed my idea of what a great singer is, what a great singer could be and helped me to accept my own voice that I never really liked and still struggle with,” Day said.

Day also co-wrote one of the film’s original songs, “Tigress & Tweed.” Though she was always one to write down her feelings as a kid, she at first felt forced into writing her own songs — when she was a teenager, she much preferred to just sing.

“I realized once I got to a place where other people were willing to write, I realized I’m not as engaged (with other people’s songs). I’m not connecting with it as much. That’s when I began to really, really love writing, probably around the age of 15, 16,” she said.

This Article is related to: Awards and tagged andra day, Consider This Panels, the united states vs. billie holiday