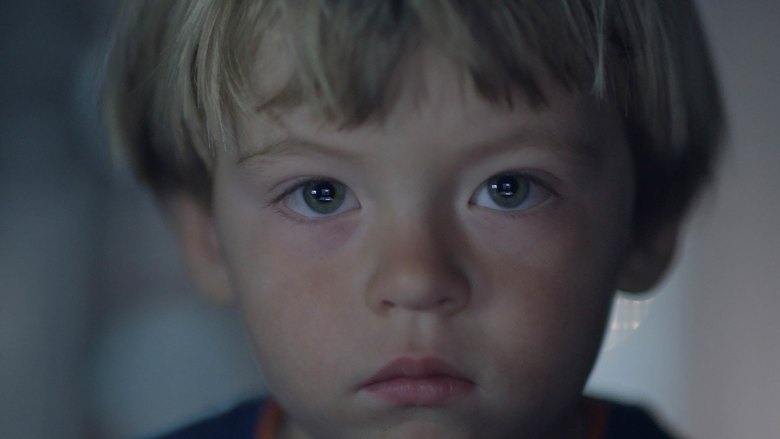 Artist and filmmaker Natalia Almada is no stranger to Sundance acclaim. In 2009, she won the festival’s documentary directing award for her film “El General,” and this year she’s back with “Users,” a sweeping documentary that charts the endlessly forward-moving train of modern technology. This big-canvas documentary is a fully sensory experience that’s hard to articulate in words, pivoting from massive expanses of nature to granular examinations of the tools and tech we use to communicate. In fact, while Almada, who was inspired to make the film after becoming a mother, uses a synthetic digital voiceover that parallels her own narration, giving the film a spooky dystopian aura. Almada stopped by IndieWire’s Sundance studio, presented by Adobe, to discuss the ambitious project.

“I had two babies, so I was up against these mundane questions about technology: Do I send my kid to a daycare that uses screens, or to one of these kind of outdoor Waldorfy kind of schools? I just became interested in thinking about those questions a little bit more philosophically and thinking, ‘What happens to my kids, depending on the choices that I make?’ If I put a movie on for them on the airplane, does that mean they’re not seeing the wonder of what it is to be up in the air, or are they not learning how to be bored, or learning how to talk to strangers?”

As for the synthetic voiceover relative to her own voice, Almada said, it’s “incredible that they’re almost indistinguishable. We were just looking at different kinds of technology. We began to research a double synthetic voice technology that’s being developed. For example, technology that could kind of edit your voice. You would record something, and it would take the phonemes, which are like the mini syllables, and then re-edit them to say something new. The technology that we’re using here is more of a machine learning, where you give the machine a certain recording, and from that, it’s able to then reproduce your voice saying whatever it is you tell it to say.”

Almada said that making “Users” was her “ideal way of working.” The cinematographer, Bennett Cerf, is her brother-in-law, and the sound designer is her husband, Dave Cerf. As for the big questions the team asks about technology in the film, Almada said it wasn’t about landing in a place of whether or not technology is good or bad. “I’m kind of holding these two positions in balance,” she said. “So on the one hand, to be able to say like, especially with infrastructure, to think, ‘Look at how amazing it is, the things that we have built, the ability of humankind to imagine something, to invent it. And then to use it, right?’ That’s a pretty incredible thing to recognize…” At the same time, she said, she wanted to consider the “unintended consequences of the things that we build.”

Watch Almada’s full interview at IndieWire’s Sundance studio, presented by Adobe, in the video above.