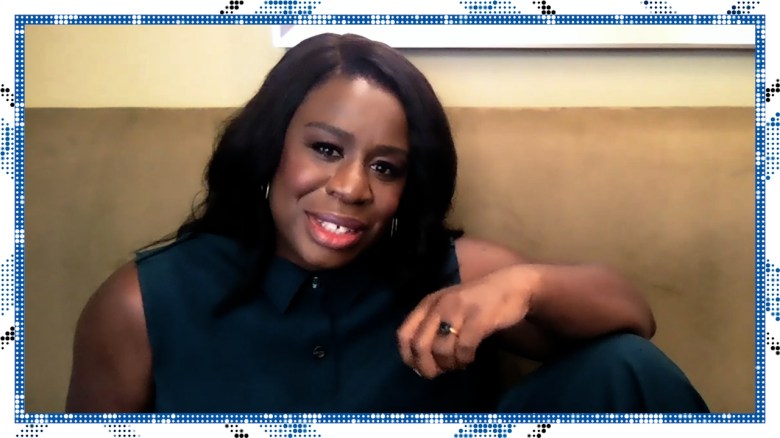 It’s a difficult step, beginning therapy. So much depends on a patient’s individual relationship with their therapist. Is the chemistry right? Does it feel like a safe space? Is the patient really ready to change and challenge themselves? Are they prepared for what they might discover once they start digging into the musty basement that is their past?

And what about the therapist? Are they able to see their patient with an open mind? Are their lives in a place where they can set aside, even just for an hour at a time, their own personal struggles in order to be a sounding board for people trying to process their own thoughts and emotions?

A few of these questions must have run through Uzo Aduba’s mind as she prepared to take over for Gabriel Byrne in the therapist’s chair on HBO’s recently refurbished drama series “In Treatment.”

Aduba plays Dr. Brooke Taylor, a Los Angeles-area therapist who has begun seeing patients in her home, thanks to the onset of Covid-19. The premise of the series has Brooke seeing one of three patients in each episode, with a fourth episode dedicated entirely to the therapist herself. When it launched on May 23, HBO had the episodes dropping two-at-a-time on Sunday and Monday nights, before dropping the rest of the season on HBO Max on June 14.

The season — Season 4 by “In Treatment” standards — focuses on three of Brooke’s patients, Colin (John Benjamin Hickey), a fallen-from-grace tech superstar, Laila (Quintessa Swindell), a teen struggling with issues of identity, and Eladio (Anthony Ramos), a home health aide with a difficult history. But also central to the story is how Brooke deals with issues unfolding in her own life, including addiction, a problematic boyfriend (played by Joel Kinnaman), a child previously given up for adoption, as well as the recent death of her father.

But for all the resonance that the season presents with current events, it is that last development that could have posed the greatest barrier to entry for Aduba. Her mother, Nonyem, died in November 2020 of pancreatic cancer and 10 days later the actress headed to Los Angeles to begin filming “In Treatment.” However, when she arrived, she found that diving into Brooke’s pain was more of a blessing than a curse.

“I’ll never be able to express how much the show gave to me, period,” Aduba said. “Normally in my work, I feel like it goes out this way [gestures from herself, outward]. And this was something that felt like it was coming in, like I was receiving. I didn’t know that I needed to and I certainly didn’t think it was going to come out of this.”

In many ways that seemed like a theme for her experience on the series altogether. That, in the collective, it was a place that many people would recognize, where people were frightened and isolated because of the disease, forced in some instances to communicate with the outside world only through video chats and social pods, an element best represented by Brooke’s work with Eladio, which took place primarily through video chats.

“It was wild, to tell you the truth. I didn’t know what it was gonna be like. That was the most foreign thing,” Aduba said of the choice to have one patient be virtual. “I was like, ‘How is this gonna work? Is this gonna translate?”

“And Anthony, of everybody on the cast list, was the person I knew the best, yet was seeing the least of in person,” she said. “He’s such a brilliant, brilliant, brilliant actor, as well as a lovely human, that you still do feel that come through in an authentic way. And it was exciting to learn that despite thinking it’s more distance, there is connection that can be found through the computer screen.”

There is, perhaps, more going on with Brooke’s life than the audience might have seen Paul struggling with in previous seasons, but with a global pandemic going on, it’s not unreasonable to see that play out. She is, after all, human, and a big part of Aduba’s affection for the character.

Uzo Aduba in “In Treatment”

“All of us in the season of pandemic are going through something, including therapists. And the truth of the matter is no one has the answer for all of it,” she said. I thought it was great that you see her wrestling, because I think it was a really elegant way of hopefully getting people to understand that therapists, they’re just people too. They’re just people. They are human beings doing the best they can. They know they’re not all-knowing, they’re not omnipotent, they’re trying to figure it out. And I think putting it in a world pandemic season helped to highlight that.”

And yet, Brooke makes some very divisive choices as the season continues on. Ones that might spark an audience to wonder if she’s the type of therapist that they’d like to invite into their own life. In fact, some of them might wonder if deep down, she’s currently in a position where she should be seeing patients at all.

“She’s complicated. I think we’re meeting her at a unique point in her life. And I don’t know if anybody wants to be judged by a single chapter of their life,” Aduba said. “I don’t know if this is how she treats people. when she’s not going through something as extreme as what she’s gone through.”

This Article is related to: Awards Spotlight Spring 2021 and tagged Direct, HBO, In Treatment, Uzo Aduba