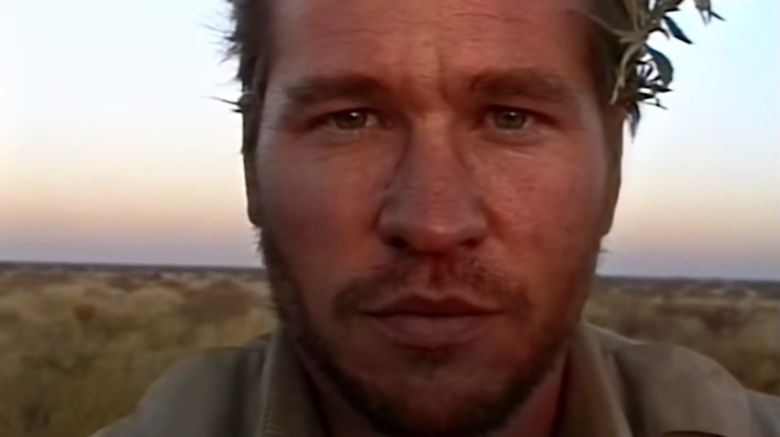 For two decades, Val Kilmer was one of Hollywood’s most recognizable faces, amassing an enviable filmography that includes titles such as “Top Gun” and “Heat.” Diagnosed with throat cancer a few years ago, the star took a step back from the limelight as he continued to work on passion projects.

About 10 years ago, Kilmer asked editor-turned-director Leo Scott for help on a project, a one-man play about Mark Twain that Kilmer intended to take to Broadway. Their creative relationship evolved from Scott editing video workshops to documenting important moments in the journey of this venture for a possible film.

During this period, Kilmer introduced Scott to a massive archive of footage that he’d been gathering over multiple decades, which the editor began digitizing and sorting. This material would eventually comprise the basis of Scott’s documentary “Val,” which he co-directed with fellow editor Ting Poo.

“It started with this Twain thing and then it became this incredible sort of archive of his life,” Scott said during a virtual Q&A as part of the International Documentary Association’s annual screening series. “This was so exciting for me as an editor. It’s the type of thing you dream of and we were putting together a story, but Val had to postpone his play and his tour to take some time away from all of it. He was dealing with some health things. So we had to pack up that film for awhile and came back to it a few years later in a different form.”

Poo was blown away by the sheer quantity of the material and Kilmer’s foresight in capturing so many moments of his storied career and personal life. Though she had grown up watching his films, she realized she didn’t know much about him as a person. After a few years of the project being in hiatus, Poo asked Scott about the footage and asked Kilmer for permission to make a film about his life. He agreed without hesitation.

“I’ve done lots of documentaries on people and worked with a lot of archives, but I’ve never seen this amount of stuff recorded with such diligence over the span of so many years. He had everything from when he was young and dreaming of playing Hamlet, which you see in the film, but also very intimate stuff with his family,” she explained.

Based on the intimate nature of the material, the co-directors decided they had to create a documentary with a subjective point of view and not one that relied on talking heads. Scott’s profound friendship with the actor served as a conduit of trust between the subject and creators. Early on, Scott and Poo created a teaser to show Kilmer what the tone of the piece would be, to provide him with a sense of confidence and get him on board to be a more active partner in the making of the film.

“He was ready to tell his story when we set out to do this. We did explain to him very early on this format, this idea of a first-person subjective experience: his life through his eyes. So it was going to need more of his involvement or spending more time with him and getting these sequences to be narrated. So we needed to be constantly working with him, interviewing him and asking him about things in his life,” noted Scott. Watch the video of the directing duo’s interview with IndieWire’s Executive Editor & Chief Critic Eric Kohn above.

As they started to assemble scenes, they thought about the possibility of Jack Kilmer, the actor’s own son, serving as the narrator. The young actor (seen in films like “Palo Alto”) recorded pieces of the voiceover narration over several years. Having him lend his father a voice was a deeply poignant artistic choice.

“He got to learn things about his dad and he was seeing these different cuts along the way, and it was a great experience for him, I believe,” Scott said. “[Jack] is also in these vérité moments, and Val loves nothing more than spending time with his children. They have a lot of fun and they’re super creative and Val’s just really deeply involved in their lives. And so Jack was around a lot and we obviously wanted to include that.”