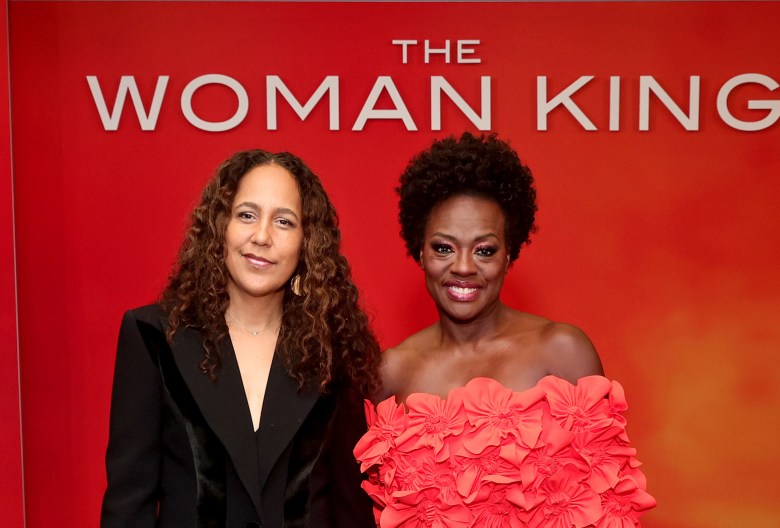 “The Woman King,” an action film based around a real-life group of women warriors protecting the African Kingdom of Dahomey in the the 18th and 19th centuries, is a historical epic unlike any moviegoers have seen before, and its filmmakers knew that.

“I just want to wake people up to the fact that we are indeed a part of the expansive human experience, and that, yes, a part of history is that this is an all-female military unit of Black women,” star Viola Davis told IndieWire. “But more importantly, the internal story of this mother and daughter, the internal story of a woman healing from sexual assault, women healing from sexual assault, the internal story of women who literally are trying to find a way of getting what they live for, and slaying the dragons of whatever is getting in the way of what they living for, for me is always what I’m searching for as an artist, I just happen to be in the body of a Black woman.”

As part of IndieWire’s Awards Spotlight series, “The Woman King” director Gina Prince-Bythewood and star/executive producer Davis discussed how making the crowdpleaser not only unlocked new opportunities for themselves, but provided a model upon which more women like them could succeed. Unfortunately, though they have been working for decades, the confines Black female artists get put in are always difficult to overcome.

“I’m always searching for those stories that tell a larger human story, and not just a story of someone’s color,” Davis said. Prince-Bythewood, who has proven time and time again that she has that rare Spielbergian feel for what a broad audience will enjoy, was always prepared to make a historical epic, but “it was Hollywood [that] had to catch up to my vision, and my dreams,” said the director.

The Africa-set story their film tells “is a history that’s been erased, and been distorted, and we get to tell that to put us again in the middle of world history, to let the world see us, see this kingdom, see what was going on, seeing the struggles and fights and beauty and power,” said Prince-Bythewood. “It’s so important not just for us, but for the world to see as well.”

Being so on the same page with each other about their motivation for making “The Woman King,” and what they wanted the film to be, allowed the pair to really focus on craft.

Davis compared the production experience to her intensive education at Juilliard, which she jokingly referred to as “Jail Yard,” saying “when you’re a player in an environment like that — that’s hard, that’s breaking you down, that can that literally feels like it’s destroying you — then how you bond with the other people is you all become soldiers together to get through the experience and to get through it with a level of grace and excellence. And that’s what happened with ‘The Woman King.’”

“Everybody knew what the stakes were. We had never, any of us, ever had a role like this,” said Davis. “We knew what it meant to see Black women in a narrative of this level and this scale. And so that right there was what bound us together and was what pushed us to get the best out of each other.”

The pair found working with an ensemble full of young, promising Black actresses from across the globe to be both refreshing and inspiring. “With this young generation, there [are] no limitations to how they see themselves. I got the overflow from people defining themselves for themselves,” said Davis in reference to her co-stars Thuso Mbedu, Sheila Atim, Lashana Lynch, Adrienne Warren, and Jayme Lawson. “There’s nothing in them that doesn’t tell them that they can’t do whatever they want to do. It’s not ego, it’s competence. That’s what I saw. I saw that sort of unlimited access to all our own power.”

For Prince-Bythewood, the takeaway from “The Woman King” is what an effect it can have on multiple generations of viewers, especially Black women. “This film would have meant to me as a little girl, what that would have put inside of me. And that excites me,” said the filmmaker. “So these images, this power, this belief, this swagger, this confidence in Black women that this film projects. I’m excited for that to be in the world for so many little girls to grow up with.”

Watch the full discussion between Prince-Bythewood and Davis above.

“The Woman King” is now available on various digital platforms from Sony Pictures.